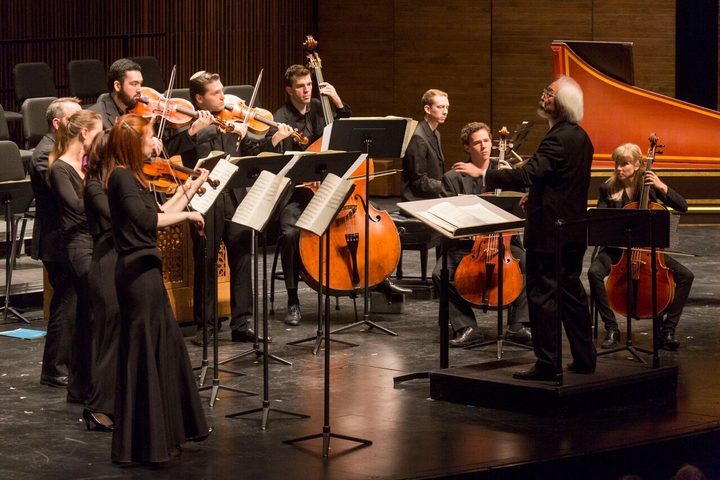 Masaaki Suzuki is recognised among the foremost authorities in the world today on Bach's music. With the Bach Collegium Japan (which he founded in 1990) he's recently completed the final recording of Bach's church cantatas – an epic undertaking of 18 years and 55 CDs.

'I didn't choose Bach from other composers - he is the natural result of my life.' ... Masaaki Suzuki.

He is directing the ensemble Juilliard415 on a tour of New Zealand with Chamber Music New Zealand - a programme of Bach and his exact contemporary, Handel.

Juilliard415 is the Juilliard School of Music's principal period instrument ensemble – a 19 piece group consisting of a soprano soloist, eight violinists, two viola players, two cellists, a double bass player, a flutist, two oboists, a bassoonist and a harpsichord player. The second part of the name (415) derives from the frequency of the tuning A used by many period ensembles … it’s pitched lower than the standard 440Hz we hear from modern ensembles.

As Benjamin Sosland, the Administrative Director of Historical Performance at Juilliard, notes in the programme for this concert tour, 'this is a truly international affair. We’ve chosen music by German composers, led by a Japanese conductor, performed by an ensemble representing no fewer than eight countries'.