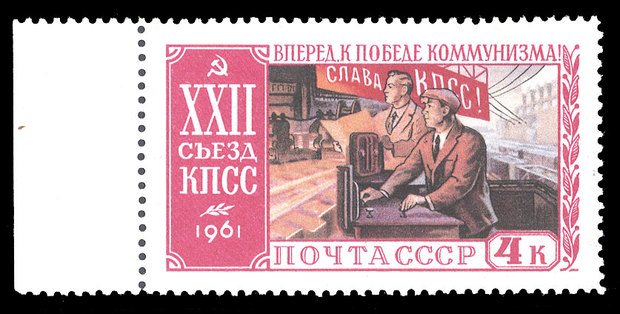 Tonight’s concert from the Auckland Philharmonia includes two works by Russian composers, Schnittke’s Concerto for piano and strings with German pianist Ragna Schirmer as soloist and Shostakovich’s Symphony No 12 “The Year 1917”.  Also on the programme, Mozart’s Piano Concerto No 21 performed by Ragna Schirmer.

In 1960, at the height of the Cold War, Shostakovich finally agreed to become a member of the Communist Party, and signed his name to articles in Pravda condemning bourgeois Western music. Who wrote these is unknown, but scholars agree that they weren’t by Shostakovich, despite the signature.  On the other hand, the 12th Symphony, completed a year later, could not have been written by any other hand. It is Shostakovich at his most blatant. The central, blaring message of the work relates to the hymn to Lenin and the Glorious Revolution that Shostakovich was ‘asked’ to write, to celebrate the 22nd Communist Party Congress. (Source: APO)