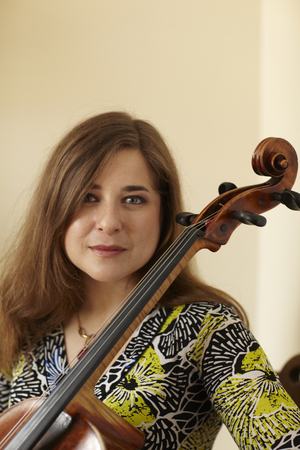 We turn to the real drama of life in Stalinist Russia that so strenuously affected Prokofiev. Despite this, his Sinfonia Concertante is compelling in the hands of extraordinary cellist Alisa Weilerstein, whose youthful energy and poetic expression are captivating.

The music of Mahler is fashioned on a grander scale. ‘A symphony should be like the world’, he said, ‘it must contain everything’. Certainly his First Symphony, The Titan, achieves this.

It is almost an autobiography of Mahler’s youth. Mahler, who was raised in the Moravian town of Iglau (his parents were forced to move because of Emperor Joseph’s ‘mobility’ decree, moving Jews in and out of areas at his will), was the eldest of the six Mahler children to survive infancy (of a total of 14).

Mahler’s love of nature shows through in the First Symphony which opens with unison harmonics in the strings, except the basses and it is marked “Wie ein Naturlaut” which means “Like a sound of nature”. The symphony is written in four movements and was originally billed as a “symphonic poem”. “The introduction to the first movement sounds of nature, not music!” is what Mahler wrote to Franz Schalk, who conducted the première. (Source: NZSO)