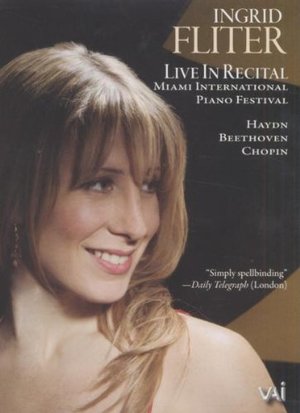 The Gilmore International Keyboard Festival presents two plus weeks of superb piano performances. Now in its 23rd year, nearly 100 events showcase some of the most notable and accomplished pianists and keyboardists in the world alongside artists just emerging on the international stage.

In tonight’s programme we have Argentinian pianist Ingrid Fliter performing Beethoven’s Piano Concerto No.1 with the Grand Rapids Symphony Orchestra under David Lockington. Fliter was awarded the silver medal at the International Frederick Chopin Piano Competition in Warsaw. She was the fifth recipient of the 2006 Gilmore Artist Award and the first woman to win this award. She was also a New Generation Artist for BBC Radio 3 for the period 2007–2009.