The Finals of the Michael Hill International Violin Competition 2017 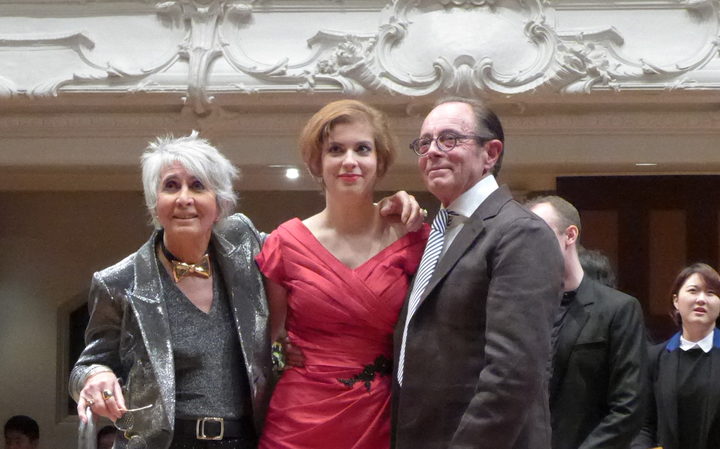 Twenty-four year old Iona Cristina Goicea grabbed first place at the 2017 Michael Hill International Violin Competition with her performance of Tchaikovsky's Violin Concerto in D major. A competitor in the 2013 competition, Goicea said she wouldn't return until she was capable of winning.

She receives NZ$40,000 in prize money, a recording contract with the Atoll label and an intensive performance tour across New Zealand and Australia next year during which she is invited to perform on Sir Michael Hill’s 1755 Guadagnini violin named “The Southern Star”, and will receive a gown by Kiri Nathan to perform in. She will also receive a Michael Hill Spirits Bay pendant designed by Christine, Lady Hill and a personalised professional development programme.

Here is her winning performance:

Olga Šroubková won the Prize for the Best Performance of the NZ Commissioned Work, On an Imaginary Folk Song by Karlo Margetic awarded in Queenstown at the end of Round II.

Also awarded was the Michael Hill Audience Award, which went to Sumina Studer from Switzerland.