School children cheered and music-lovers hungrily devoured the post-war concerts given in NZ by Hungarian-born pianist Lili Kraus. Charlotte Wilson presents a tribute to the life and work of this remarkable woman. 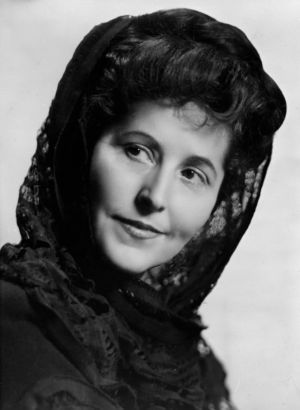 Lili Kraus was born in Budapest on 4 March 1903. At the age of eight she was enrolled at the Budapest Academy of Music (later known as the Liszt Academy) where her teachers included Kodaly and Bartok, and where she received the academy’s highest degree at the age of 17. She went on to study at the Vienna Conservatory and was appointed a fully-fledged professor there in 1925. She quickly became one of Europe’s most famous pianists, touring to Japan, Indonesia, Australia, South Africa, and New Zealand.

It was in Indonesia during WWII that she was interned in a Japanese Prisoner of War camp and spent three years there with her family. After the war she toured Australia and New Zealand and was granted citizenship here in 1947. She returned to the international circuit in 1948 and in 1968 moved to the United States as artist in residence at Texas Christian University in Fort Worth, where she was involved with the creation of the Van Cliburn Competition and established a summer music festival, Music in the Mountains. She spent the last years of her life living with her daughter at the family farm in North Carolina and died on 6 November 1986.

People in New Zealand remember her for her charm, beauty, warmth, sense of humour and above all for her musicality.  She was known especially for her interpretations of the Viennese classics – Mozart, Haydn, Beethoven and Schubert.