Eva Radich retired from RNZ this week, following a 35-year broadcasting career. She was a host and producer for RNZ Concert's daily arts news programme Upbeat from 2004.

Prior to that she worked across all areas of radio: news reporting and reading, sub-editing, producing live radio, documentaries and drama, presenting for commercial radio, Morning Report, Checkpoint, Nine to Noon, RNZ International (as was)... her warm, incisive curiosity and versatility has been valued across the company.

Eva's first love - of theatre - began as a child on stage at the Memorial Theatre in Hawera, and Eva went on to study at the New Zealand Drama School in Wellington. After years as an actor, she moved into the radio realm, working for Radio Pacific before moving to RNZ. Eva takes up the story... 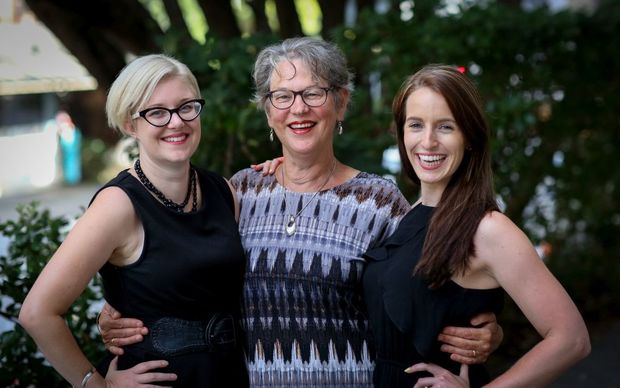 It started with the lighting ... that warm golden glow of a theatre spotlight at the Memorial Theatre Hawera, circa 1960.

Someone was sick, I had a day to learn the lines, and then I was far away from that one horse town  being a magical cat in The Tinder Box.

The next show was the very adult Blood Wedding by Garcia Lorca. I was the child, but the groom fated to die on his wedding day was Ross Jennings, who went on to have a brilliant career in theatre and television. What amazes me now is the audacity of producing a raw Spanish tragedy in small town New Zealand in 1965. With a sponge-like child's brain, I memorised all the tragic bride's lines and recited them in the playground to the ghoulish delight of my friends - even if we didn't have a clue what it was all about, we knew instinctively it was about sex and danger, and was therefore thrilling.

I went on to graduate from the New Zealand Drama School in Wellington, now known as Toi Whakaari. 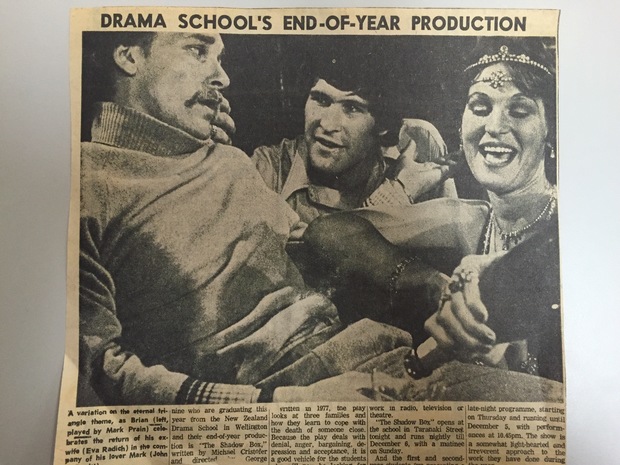 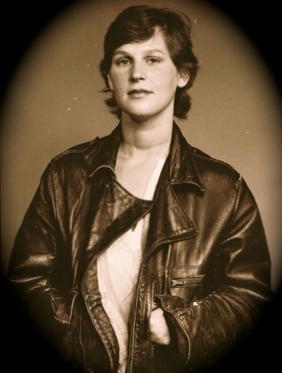 Eva Radich, in character as Jo in the Circa Theatre production of 'Revenge of the Amazons' Photo: RNZ/Eva Radich

I could go on about my short-lived theatrical career and all the fabulous and crappy shows I've done, but suffice to say nothing could top Jean Betts' first play at Circa in 1983: Revenge of the Amazons (her spin on A Midsummer Night's Dream)  where, as one of the Fallopian Thespians, the butch Jo was an unqualified success.

After that I specialised in playing men ... which just shows the lack of decent parts for women in NZ theatre in the 1980s.

I also premiered a few leading blokes, including the character pictured below - the historic figure Amy Bock, who impersonated a man in 1890s Dunedin, married a woman, and ended up in jail for fraud.

After that, theatre lost its glow. Mercury Theatre shut its doors, and I rocked up to Radio Pacific and was reading news and subbing bulletins within weeks. And the pay was something else after cash-strapped independent theatre. 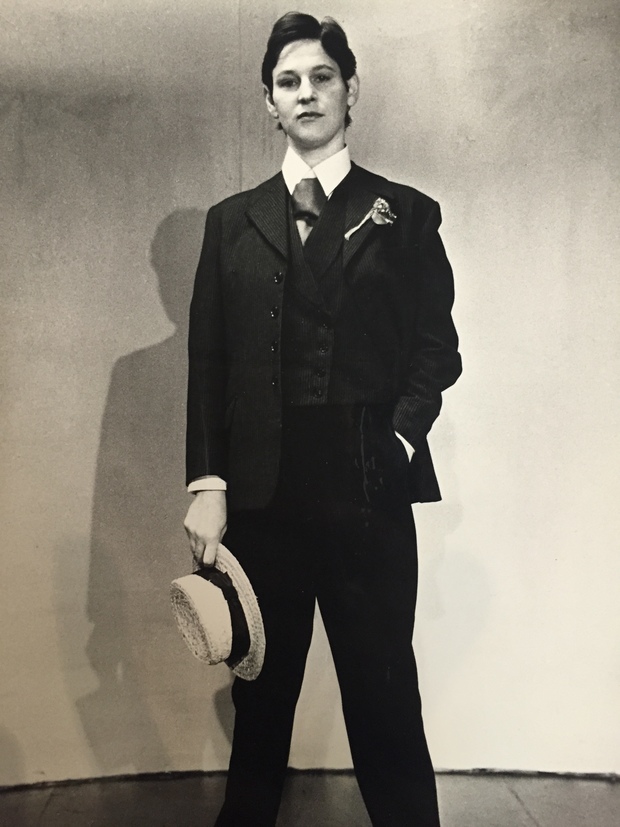 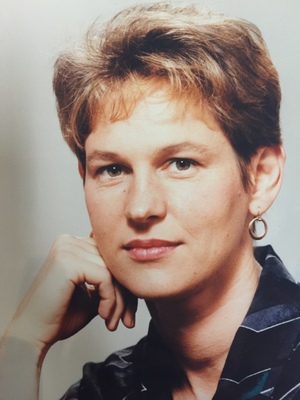 "It took me a while to figure out the link between acting and radio... the delight in the effect words can have."

By luck I ended up on the last announcing course that the NZBC ever ran in 1986; and before long I was fronting the all-nighter, going out to 26 stations from midnight to dawn. As soon as I turned on that mic on my first night on air, I realised I'd found my niche.

The show started with Matchmaker ... helping lonely souls hook up tinder-style through the magic of radio. The Edinburgh Commonwealth Games was a crash course in sporting jargon, with Dave Allan and John Howson excitedly yelling down the line at me in the wee small hours. "Cross now!"

But the T.A.B was a bridge too far, so a quick transfer to the funky side of radio and the ZM all-nighter was next - another lonely shift, but for company I had Prince and Michael Jackson, Midnight Oil and New Order.

It took me a while to figure out the link between acting and radio... the delight in the effect words can have. And talking to yourself.  When you're alone in a studio in the middle of the night in danger of falling asleep you have to talk to yourself, and if there's someone else listening - great. But you still have to supply the reaction yourself.

Interviews are different and much more stressful - especially if the guest won't play ball. The worst moment was probably during my first week on RNZ Concert's Upbeat - I had a Russian conductor in a studio in Christchurch, refusing to talk to me except by way of grunts in a live interview. I think it was probably Alexander Lazarev but I have the knack of forgetting the names of the bad ones. 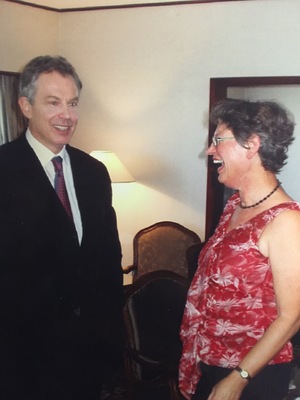 Most thrilling guests in 20 years of interviews? Tony Blair, live on RNZ National's Nine to Noon, from a hotel suite in Auckland. That was the culmination of three months presenting Nine to Noon while a replacement was found for Linda Clark. There was always too much to do to have time to be terrified, but lying in bed the night before the Blair interview Mary Wilson's voice was ringing in my ears: "Feel the fear and do it anyway!" Not a bad mantra to live by. Certainly makes you feel alive!

Philip Glass was another, and Jean-Yves Thibaudet with a startlingly large jewel-encrusted belt. The fabulous Christine Goerke cracking us all up describing playing games to make Simon O'Neill laugh on stage; and the lovely Renee Fleming being gracious.

Best fun of all? Live outside broadcasts - and we've done many good ones. Dunedin Festival, the Michael Hill International Violin Competition, Christchurch Festival, and the Adam Chamber Music Festival live from a square in the main street of Nelson. Nothing like it! 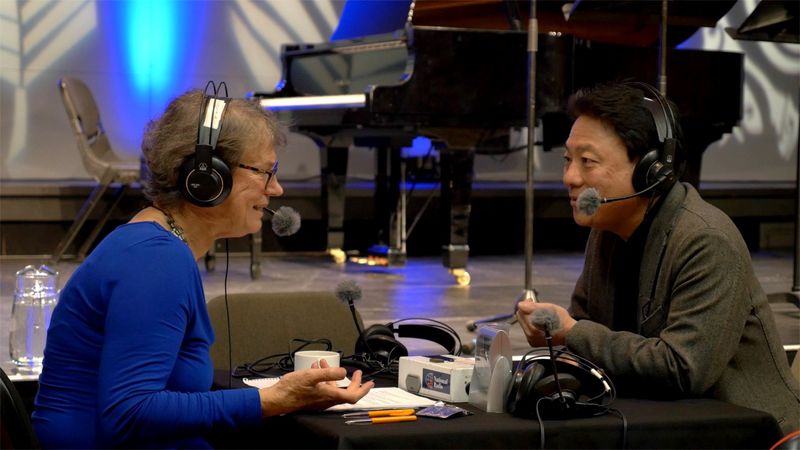 Eva Radich and Yong Uck Kim, one of the judges of the 2015 Michael Hill International Violin Competition 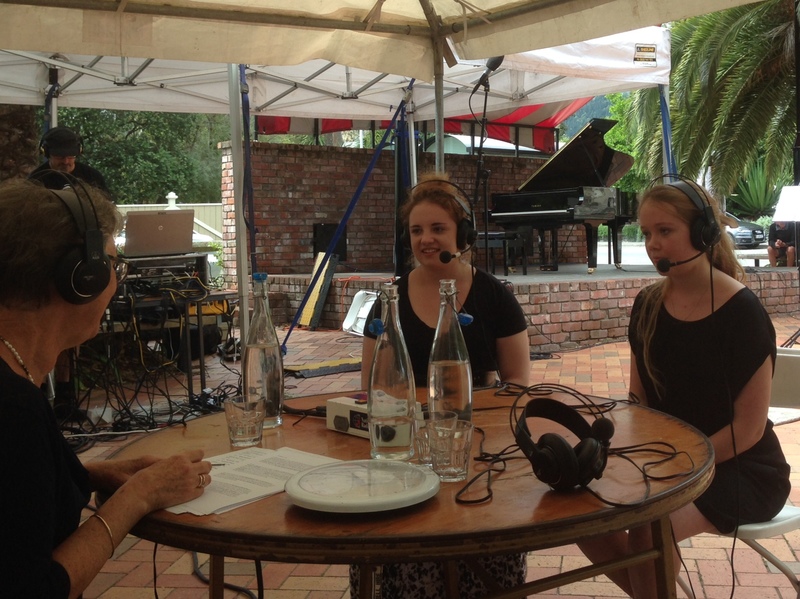 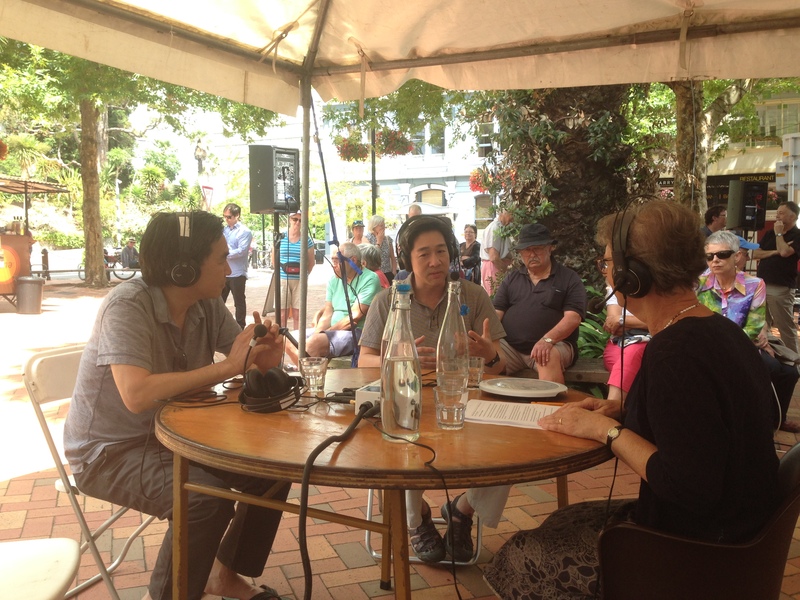 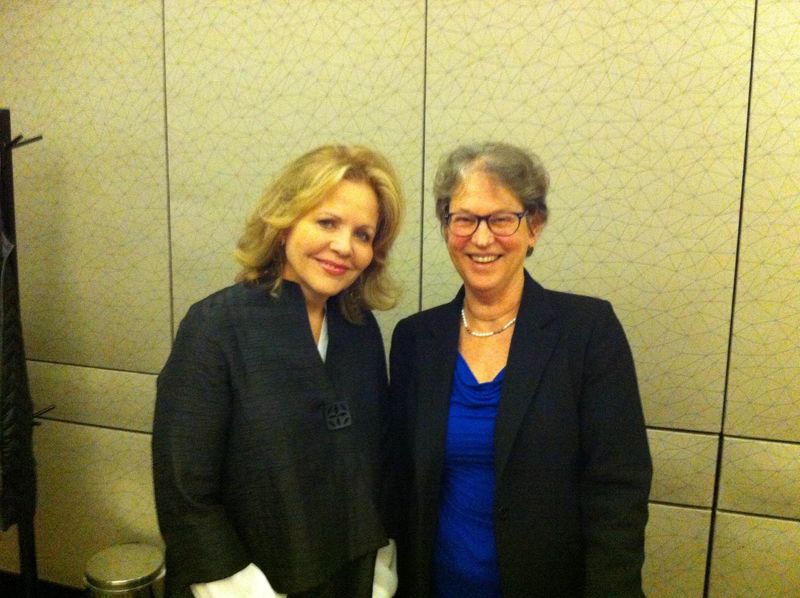