A Sound Mind by Paul Morley

“Pop belongs to the last century. Classical music is more relevant to the future” - Paul Morley.

English music journalist Paul Morley spent much of the 1970s and 1980s interviewing some of the most famous people in pop music for New Musical Express. From Jerry Garcia and Brian Eno, to Lou Reed and, more recently, Adele and Harry Styles. 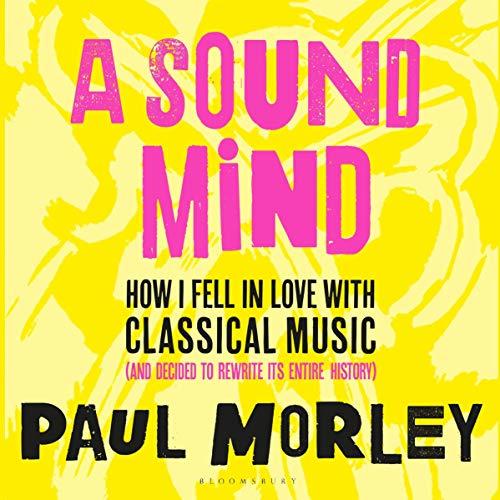 A founding member of the synthpop group Art of Noise, Morley is also a broadcaster and has been a band promoter. His latest book is 580 pages all about classical music.

A Sound Mind: How I fell in love with classical music (and decided to rewrite its entire history) by Paul Morley is the Daybreak book of the month for March.

Skim the pages and you will see names like Pierre Boulez sitting effortlessly alongside Frank Zappa. Gustav Holst is part of an equation that ultimately ends up in the rock group Queen “(Holst times Rory Gallagher multiplied by Judy Garland = Queen)”. This is a book that will make you sit up and listen.

Listen to Paul Morley speaking with Cynthia Morahan on Upbeat

To win a copy of A Sound Mind: How I fell in love with classical music (and decided to rewrite its entire history) by Paul Morley, finish the sentence below in your own words and email your answer to daybreak@rnz.co.nz