Navigation for Composer of the Week

Fashion in the Courts of Louis XIV & XV

Costume and commentary by Leimomi Oakes 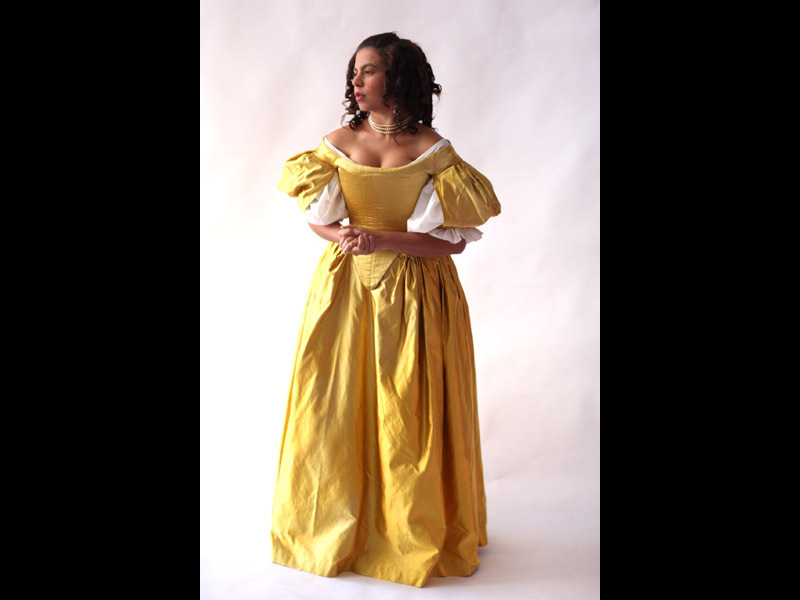 A 1660s gown based on a portrait of Élisabeth d'Orléans, Louis XIV's first cousin. The gown features a fully boned bodice, low neckline, full sleeves with slits that expose the white shift, and a full cartridge-pleated skirt. 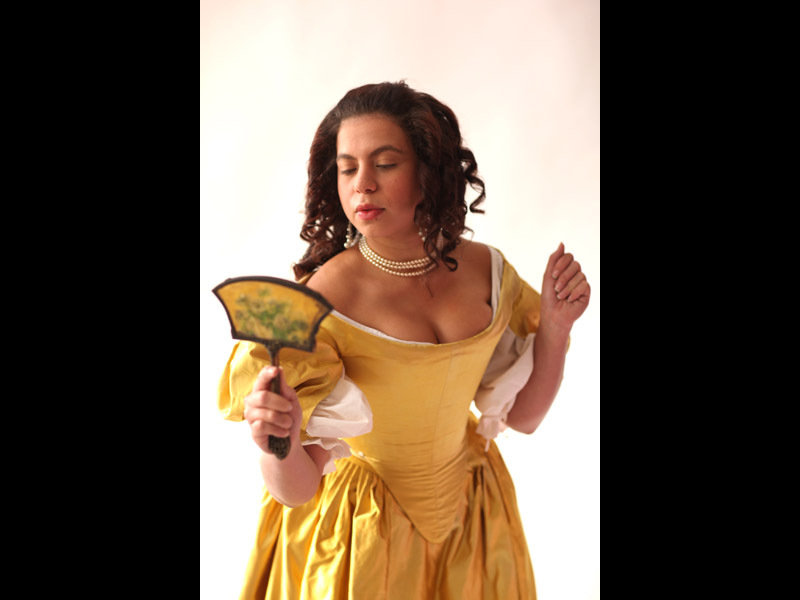 Brilliant yellows, oranges, and reds were all popular throughout Louis XIV's reign, as courtiers curried favour by wearing colours that reflected the tastes and title of 'the Sun King'. 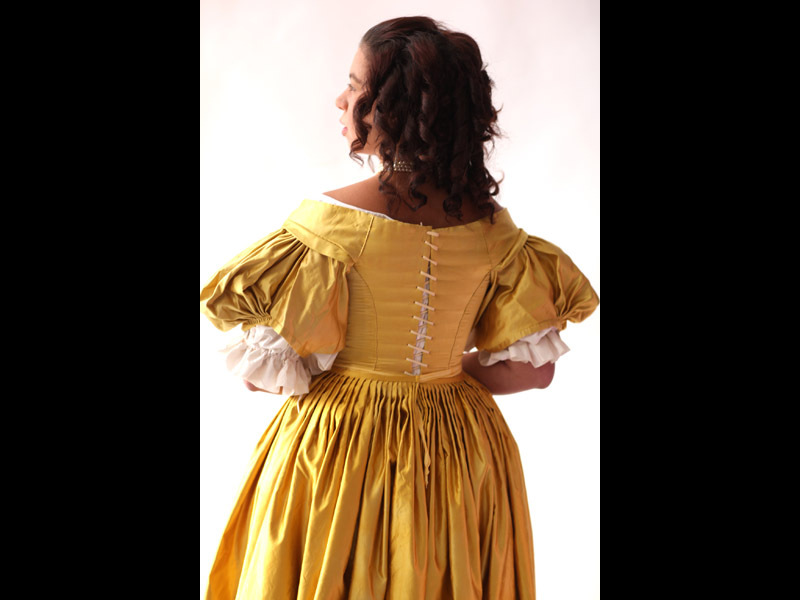 Throughout his life Louis XIV favoured the low necklines, exposed shoulders, and heavily boned back lacing bodices of 1660s women's fashions. He demanded that this style continue to be worn as the official dress for women at the French court long after it had become unfashionable everywhere else. 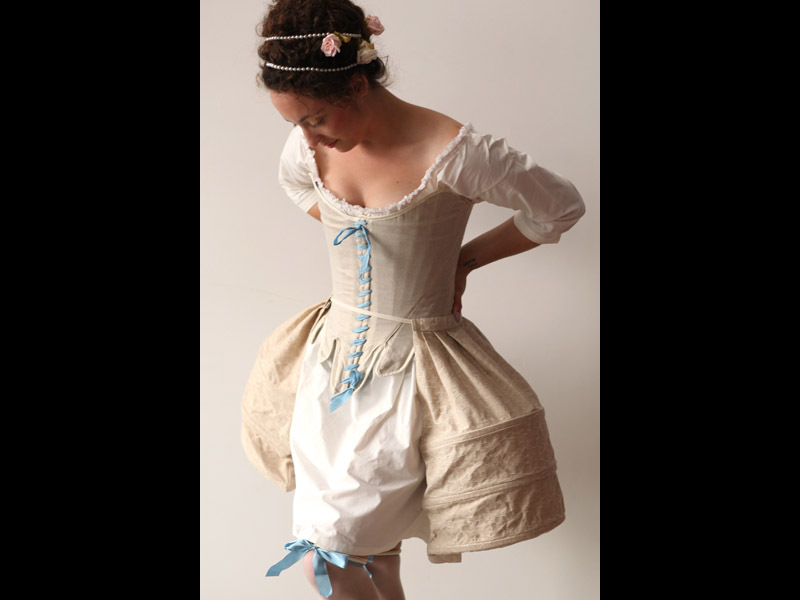 While 17th century bodices were fully boned and thus did not need additional undergarments, 18th century fashions depended on an under structure of boned stays (an early form of corsets) and paniers (basket hoops) to support the elaborate mid-century gowns. The stays and paniers would be worn over a linen shift, and with stockings fastened with ribbon garters. 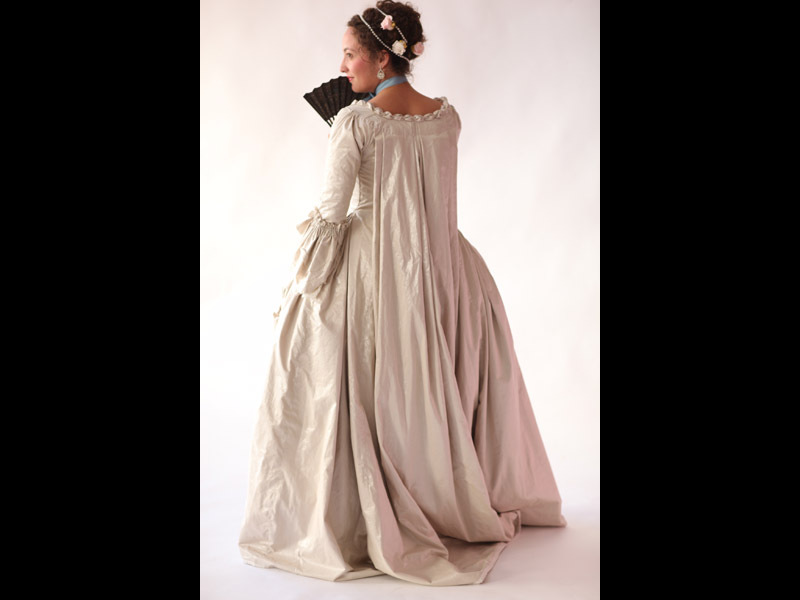 Over their stays and paniers the fashionable mid-18th century French beauty wore a robe a la française. The flowing back pleats seen so often in Watteau paintings were considered more comfortable and elegant than the 1660s-style fitted back-lacing bodice that was still required at court over a century after it had ceased to be fashionable elsewhere. 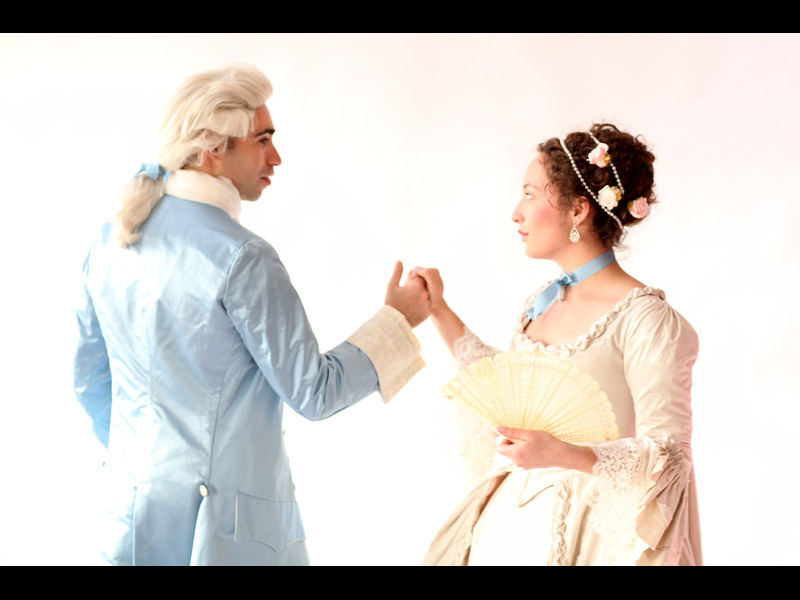 The rococo aesthetic in fashion and mannerisms was light, elegant, frivolous, and highly stylised. Men's and women's clothing were characterised by pastel colours, and a delicate froth of ornamentation and trimming. 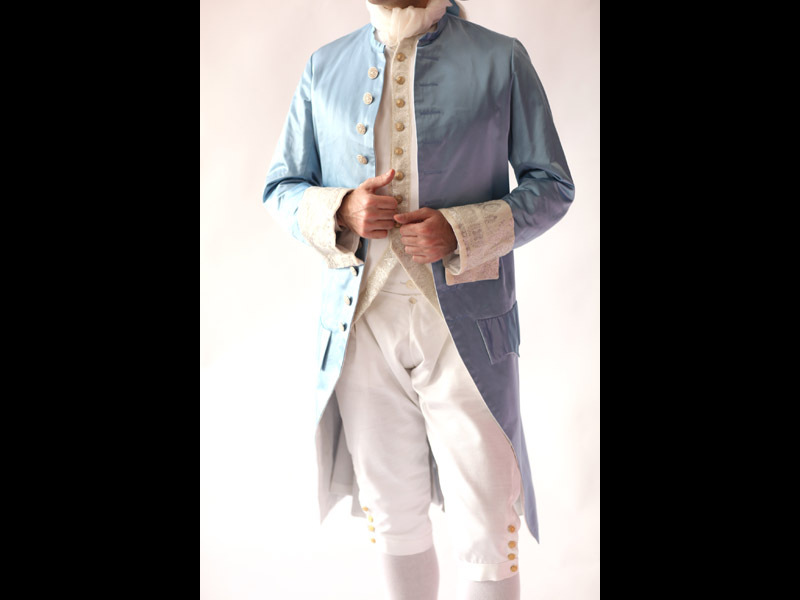 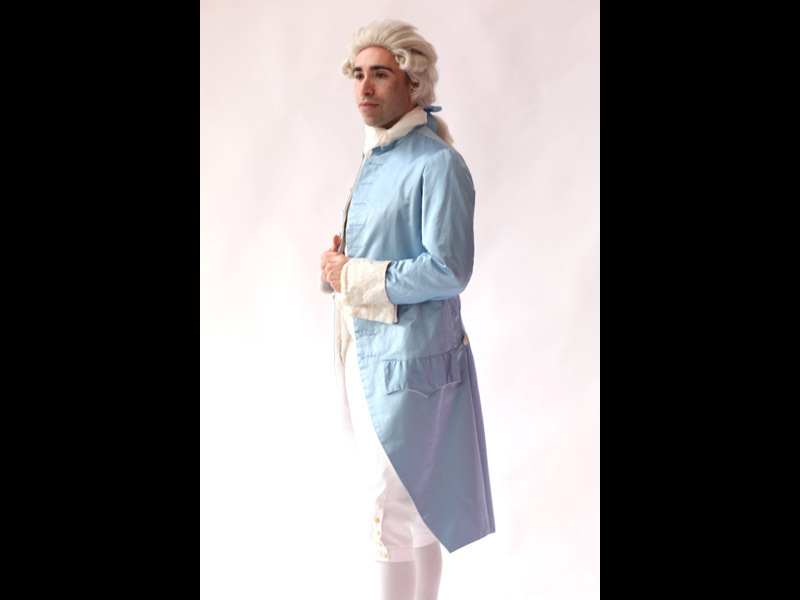 Even men's hairstyles were toned down, with the long, elaborately curled periwig which Louis XIV is famous for giving way to a modest powdered version with just a few curls at the temples. 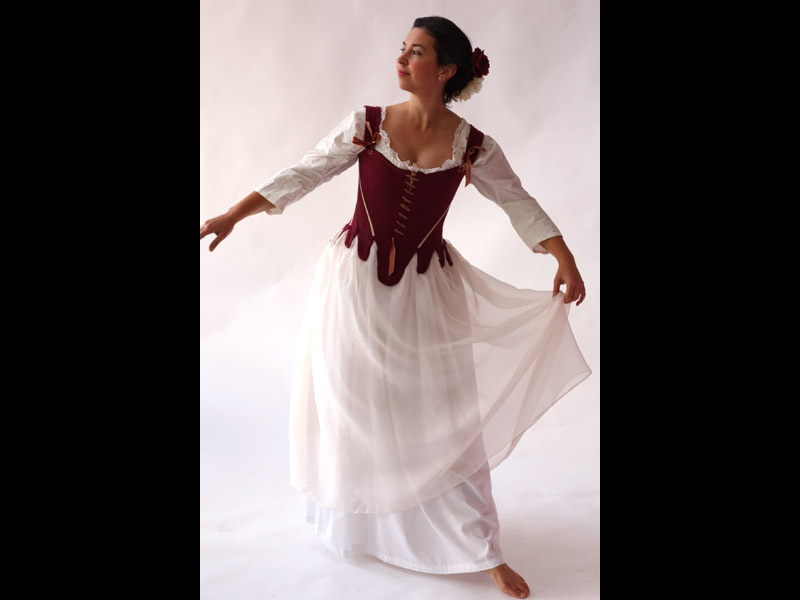 One of the biggest factors contributing to the simplification of fashion was Pastoralism - the romantic idealisation of nature, and the peasants who lived close to it. Artists depicted glorified versions of peasants in silk petticoats and hair trimmed with ostrich feathers. 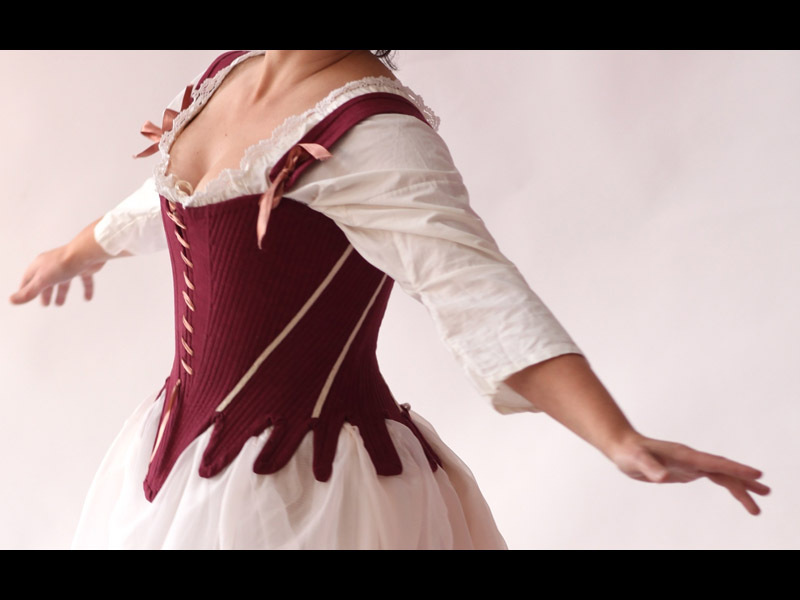 While the materials were much richer and cleaner than that of the actual working class, some aspects of the artistic depictions were accurate, such as portraying peasant women in their stays and shifts, as the garments did not have the connotations of 'underwear' that we might expect.