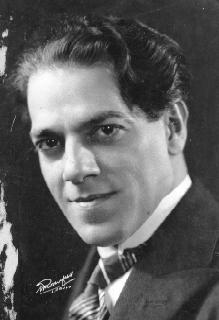 In his native Brazil, Heitor Villa-Lobos (1887-1959) developed his compositional style based on models that were out of touch with the mainstream of the avant-garde of his time. It’s as if the jungle, the colours and sounds of Rio city life had been viewed through a distant telescope and then painted in pastel. Yes, Villa-Lobos had turned away from post-romanticism and embraced the Brazilian voice. But it was largely filtered through impressionism, as if he were content to remember things that he’d seen, rather than be a part of things that were happening now.

But in Paris in the 1920’s, slowly, methodically, Villa-Lobos was to reinvent himself, developing forms that were of his own making and yet rooted in authenticity: the poêma, the cirandinha and most importantly, the chôros.

At the end of the decade, revolution and currency restrictions grounded him in Brazil, where he was now recognized as its leading musician. He went on to build on the form of the chôros, infusing it with a fascination of Bach’s music to create his masterpieces, the nine Bachianas Brasileiras.