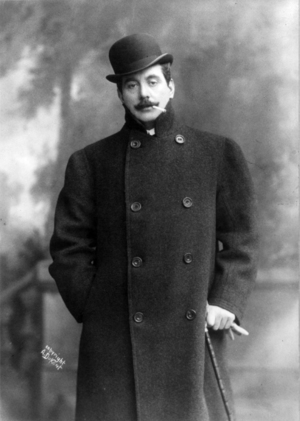 Success was not always immediate for Giacomo Puccini. With the première of his opera Madama Butterfly at La Scala Milan, Puccini and his team were convinced of a triumph.

The reality was the opposite. Puccini described it as a 'real lynching'.

There was silence when there should have been applause; jokes were made; animal noises were imitated; and whistles and boos followed the final curtain.

Puccini believed the hostile reception had been planned in advance by a rival publisher.

The opera was never seen again at La Scala during Puccini's lifetime but it quickly made its way around the world receiving the accolades it deserved.