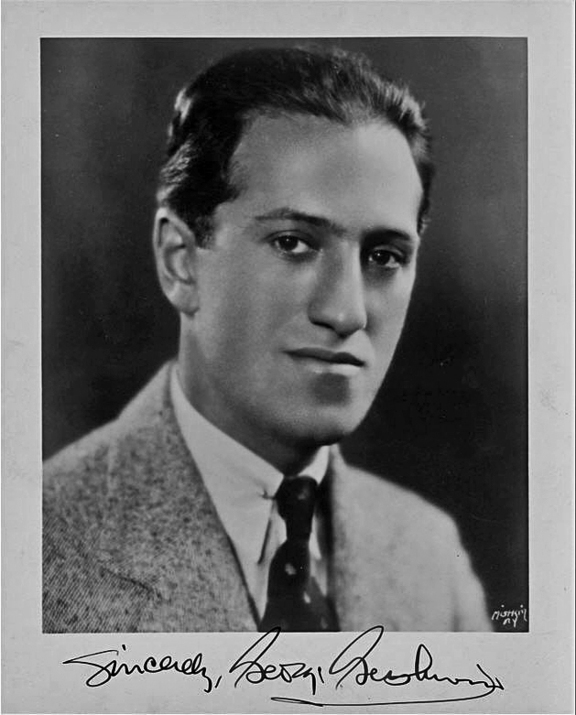 As Rachel Hyde describes, Gershwin taught himself piano in the beginning:

"George soon be-friended one of his street companions whose family owned a piano.  Two years later, in 1910, Gershwin’s mother had a piano delivered through the window of their second floor apartment to improve his brother Ira’s studies.  Ira observed the process in some trepidation as he knew that he wasn’t up to his mother’s expectations.

But George jumped to his rescue.  No sooner had the piano hit the floor than George sat down and played a popular tune of the day.  Ira remembered being ‘particularly impressed by his left hand’.  Not a single member of George’s family had any idea that he could play."