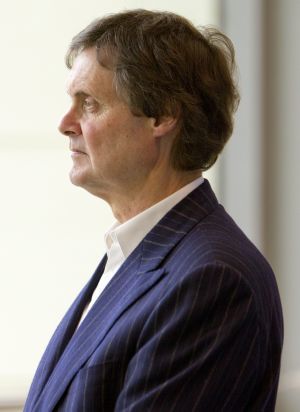 Born in Tauranga, Martin Lodge studied English and German at the University of Waikato. He moved to Wellington to learn Composition from Douglas Lilburn and David Farquhar, and subsequently maintained a freelance career as a composer, teacher, conductor, editor, librarian – even as a post office clerk and a sous-chef.

After stints as the University of Otago 'Mozart Fellow' and the Auckland Philharmonia Orchestra 'Composer-in-Residence' in the early 90s, he was appointed to his alma mater to build a music department from the ground up. In twenty years at Waikato he's contributed to a brand new performing arts facility, a Māori Music stream in the Bachelor of Music degree, the accession of the John Mansfield Thomson Archive, and commissioning a set of taonga pūoro from master Māori instrument-maker Brian Flintoff.

Major works include Divisions for wind quintet and Sonatina for solo flute/piccolo from the late 1980s; Symphony No 1, Flowers of the Sea premièred by the Auckland Philharmonia Orchestra and recorded by the New Zealand Symphony Orchestra; Pacific Rock for solo viola; Winterlight, a 2008 bassoon concerto for Preman Tilson of the NZSO; and several pieces for taonga pūoro including Toru, Oiche ghealaí, and Hau. An album of his chamber music, Toru, was released in 2011 on Atoll Records.