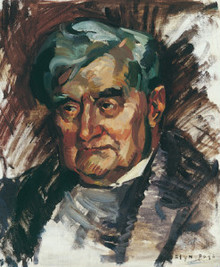 Charlotte Wilson looks at the influence of World War One on British composer Ralph Vaughan Williams. Due to his flat feet, Vaughan Williams at first became an ambulance orderly, rather than being assigned active duty. Some of his closest friends were killed, including Frances Bevis Ellis, a music enthusiast and patron; Edward Mason, music master at Eton and principal cellist at the Royal Albert Hall; and George Butterworth, composer and fellow collector of folksong. The last movement of his Pastoral Symphony is an elegy to all his dead friends.

Wilson says: “As far as World War One goes, there are some who maintain that he came back changed: that his staunch nationalism, and immersion in folk song and history and mysticism was his emotional response to the trauma of war. But in fact he had always been like this. It seems amazing, but really, he just came back and picked up his voice from exactly where he had left off..."