Before the pyrotechnics of Bob, Nick and Dave on the euphonium, John Childs laid the foundations for the family’s legacy in banding. 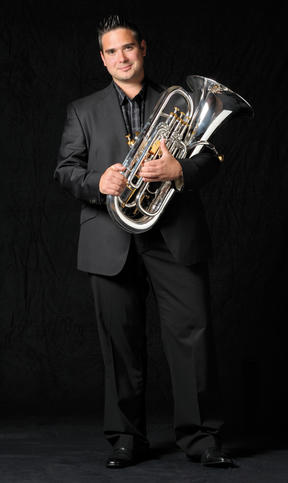 John Childs was already a driving figure in Welsh banding, growing up in Tredegar before moving away to play in the Cresswall Colliery Band. He moved his young family back to Tredegar to take over the reins at the town band, where a history of success in banding began in the 1970's and continues to this day.

John Childs’ success at Tredegar as conductor and educator has long been remembered in the band’s history, but perhaps what he is most well-known for now is for fathering some of the most prodigious talent in banding. John Childs and his wife Mrfydd Myfanwy Childs had four children, Sandra, Robert, Nicholas and Melanie. With a household full of music, it was no surprise that instruments would end up in the hands of the kids, but no one would have guessed the impact two these children would have on brass bands in the UK.

After starting on the cornet and other instruments, both Bob and Nick Childs gravitated towards the euphonium and had early success, before both taking important euphonium chairs in famous British bands including the Black Dyke Brass Band and Fodens Brass Band, and later turning to conducting.

Bob's son David Childs, has followed in his grandfather’s, father’s and uncle’s footsteps in playing the euphonium with prodigious skill and precision. The interesting thing about each of these Childs euphonium virtuosos is the way that they came through a particular period of time in banding, and managed to elevate the instrument to a new level through not only pushing technical boundaries, but also influencing composers to change the instrument’s target audience.