Peter Shaw looks at Richard Strauss's final years and in particular his 'Four Last Songs', today one of the most popular works in the classical repertoire. He surveys some of the many recordings. 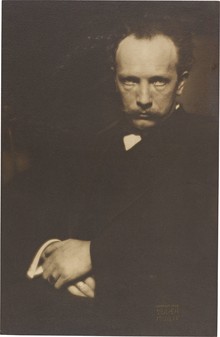 Richard Strauss’s 'Four Last Songs' were his last major composition. Written between May and September 1948 they are the culmination of a number of works written during the 1940s in what has generally become accepted as the composer’s Late Style. Norman del Mar has called this period Strauss’s Indian Summer.

There can be no doubt that Strauss felt much the same thing about these final pieces. After he had completed his final opera 'Capriccio' in 1941 he remarked to his collaborating librettist and conductor, Clemens Krauss, that: “…this is the best winding up of my theatrical life-work. One can only leave one testament behind!”

Strauss’s Indian Summer coincides almost exactly with the last years of the Third Reich. These were deeply distressing years for him and for his family.

The story of Strauss’s last years is one of gathering disappointment. Already forced into near reclusiveness in his southern Bavarian home, Strauss was then to witness the destruction of the cities, concert halls and opera houses in which he had found fame and success many years earlier. German musical life as he knew it was collapsing around him.

At the end of the war, his relationship with the Nazi regime was questioned and he had to undergo a de-Nazification hearing. While he waited for that, he fled temporarily with his wife to Switzerland.

It was during this period that the old and often ill Strauss was to write his final masterpiece, the 'Four Last Songs'.