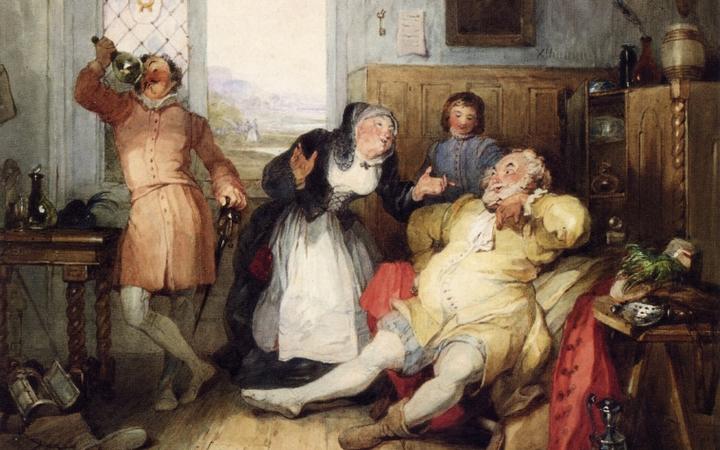 Elric Hooper brings a theatre expert's eye and ear to the operas based on Shakespeare plays. Some operas work better than others and two of the best are Verdi's Otello and Falstaff.

Simplifying and compressing the lengthy multi-layered plays was the task of Verdi's librettist, Arrigo Boito. To translate the open, flowing form of an Elizabethan play to the conventions and restrictions of the 19th century operatic stage was an extremely difficult challenge. Together, their work is a triumph.

Verdi was particularly attracted to the political aspect of Shakespeare's plays. In these plays, the love triangles tend to be between man, woman and the State.  It was also well-recognised that Verdi's operas were a part of the propaganda for the risorgimento, campaigning for the re-unification of Italy.

Elric Hooper reminds us that each age re-invents Shakespeare for itself, and he says that Verdi's Shakespeare is of its time, reflecting the pre-occupations of late Romanticism.