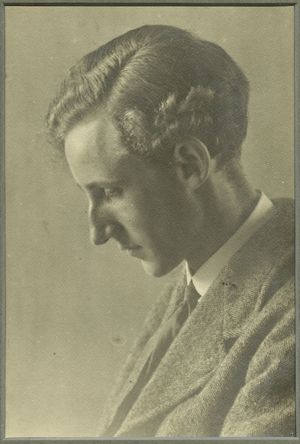 The opening day of the Battle of the Somme offensive, 1 July 1916, was the worst day in British military history: 20,000 men were killed and another 40,000 wounded.

One of those was a talented young New Zealand-born composer, a prize-winning student at the Royal Academy of Music in London.

Peter Downes researches the story of this gifted young man and David Griffiths and David Vine perform some of his songs.

This is the extraordinary story of Willie Manson.

Willie Manson’s life began in Dunedin, New Zealand, late in the 19th century, on the first of July 1896. His father was William Manson, a Dunedin bookseller, born in London, and his mother was Mabel, the daughter of a Dunedin bookseller, the well-known Joseph Braithwaite. Willie was their only child. Books were obviously the wider family’s passion but in the younger generation music was soon to dominate. Mabel was an accomplished soprano who was well known throughout New Zealand as a concert soloist; her husband was a good amateur singer as well as an astute business man with a wide knowledge of music. Her younger brother, Warwick Braithwaite, in future years was to become internationally renowned as an orchestral conductor based in Britain.

Sometime around 1900 or early 1901 the three Mansons moved from Dunedin to England. Mabel studied singing, while her husband took up employment in the fledgling recording industry. 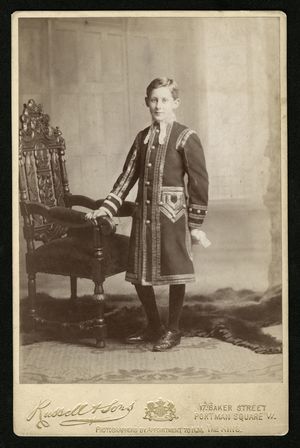 Portrait of William Manson as a child, wearing the uniform of a chorister of the Chapel Royal. Cabinet photograph, c.1906. Photo: Image reproduced with permission from the Royal Academy of Music, London

And while the senior Mansons were consolidating their singing and sound recording careers, son Willie was beginning to show positive signs of the musical gifts that were soon to outstrip those of his parents. He learned the piano from an early age and in 1905 was accepted as one of the 10 boy choristers in the elite Chapel Royal choir at St. James’ Palace in London, and was educated in the Chapel Royal School. He was considered to be a top scholar and in subsequent years he was chosen to be a soloist in most of the choir’s performances.

Willie Manson left the Chapel Royal choir in 1911 and went on to a year of private coaching in music theory and composition with Harry Farjeon, professor of harmony and composition at the Royal Academy of Music. This was in preparation for entering the Academy in 1913, even though he was only just 17. There he majored in piano and composition and in his first year he won three bronze medals for harmony, piano and sight-singing.

At the end of his second year, he received more awards – three silver medals, again for piano, harmony and sight-singing, as well as the Oliveria Prescott prize for composition and the Charles Lucas prize for a set of variations for string orchestra. 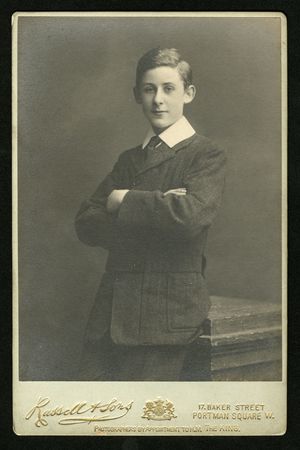 Portrait of William Manson as a young man Photo: Image reproduced with permission from the Royal Academy of Music, London

The following year, 1915, he was given the much sought-after Battison-Haynes prize for two movements of a piano trio. Manson also made an impression as the composer of songs. His love of poetry had lead him to the works of Christina Rosetti and Longfellow and he combined three of his favourites by these writers into a group which he called ‘Songs of Love and Youth’.

With the declaration of war in August 1914 things began to change. Events in the wider world could no longer remain at a distance. For Willie Manson the early years of the war were a stressful time of difficult decision making.

He’d turned 19 in 1915, during his third year of studies, when it became known that in the following February, conscription would be introduced in Britain for single men aged from 18 to 41. Those who wished to enlist before then were to be allowed a greater choice of regiment.

Realising that he would be called up anyway, Willie volunteered in January 1916 for the London Scottish. 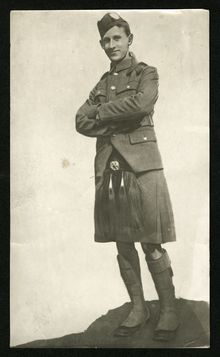 William Manson in uniform of London Scottish Regiment Photo: Reproduced with permission from the Royal Academy of Music, London

He went into action in France during May, and on the last day of June, the regiment took up a position on the northern edge of the British line, near the town of Gommecourt. The Allied attack was due to begin at 7.30 the next morning, but before that time the Germans opened a counter-defensive. What was to become known as the Battle of the Somme had begun.

By 7.25am nearly 300 British soldiers had already been killed. Among them was Private 6492 William Braithwaite Manson. It was the first day of the Battle, the 1st day of July, and it was his 20th birthday.

Many years later, when his father’s will was read it was discovered that William Manson had left a substantial bequest to the Royal Academy of Music in London, to be used to set up and finance living memorials to his son. It appeared that when the Mansons realised that their boy seemed destined to make a life as a composer, they began saving money to create a fund which would help support him, at least until he became established. When Willie was killed they decided to continue adding to the fund so that one day other young composers at the Royal Academy of Music could enjoy the help that had been intended for their own son. 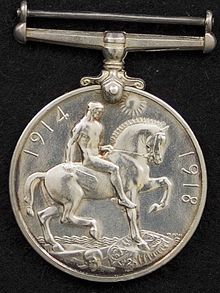 Medal: British War Medal 1914-1920. Commemorating World War I and awarded to the family of William Manson, posth. Photo: Reproduced with permission from the Royal Academy of Music, London

These still exist and remain a vital part of the Academy’s establishment, while the Manson Room is currently a fully-equipped electronic music studio.