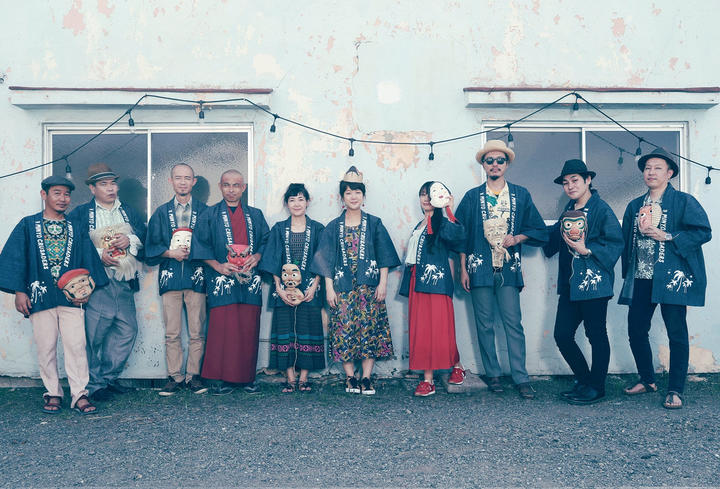 The Minyo Crusaders are a 10-piece orchestra who have a unique take on traditional Japanese folk music known as Min'yō.

Their repertoire has adopted historical tales of the working class, sung in the traditional way, but with the large ensemble playing reggae, cumbia and Afrobeat influenced grooves.

The band describe their music as transforming what’s considered to be ‘highbrow art’ into a catchy, danceable art form.

The groups beguiling sound can catch the listener off guard in the most delightful way, and the capacity audience who witnessed their show at the Bowl of Brooklands thought so, where the Minyo Crusaders went down a storm!

Recorded and produced by Darryl Stack for RNZ Music