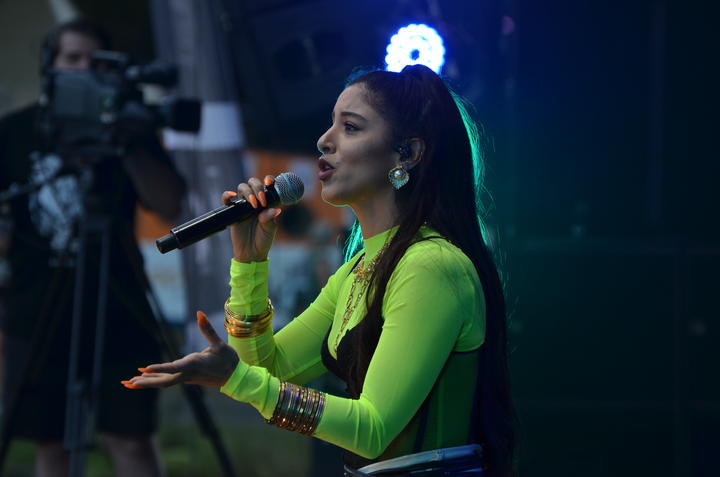 Marina is an engaging young Greek singer, songwriter and music producer who has a strong conviction in the music she is producing; heartened by the notion her 2017 single Mantissa became an anthem for young Greeks facing unemployment amidst her country's debt crisis.

Marina Satti & Fones have a that repertoire combines elements of Greek traditional music with contemporary sounds, delivered by a show stopping band and a front line of female vocalists whose choreographed vocals and dance moves proved the be an audience winner.

The capacity crowd at the Bowl Of Brooklands loved them!

Recorded and produced by Steve Burridge for RNZ Music