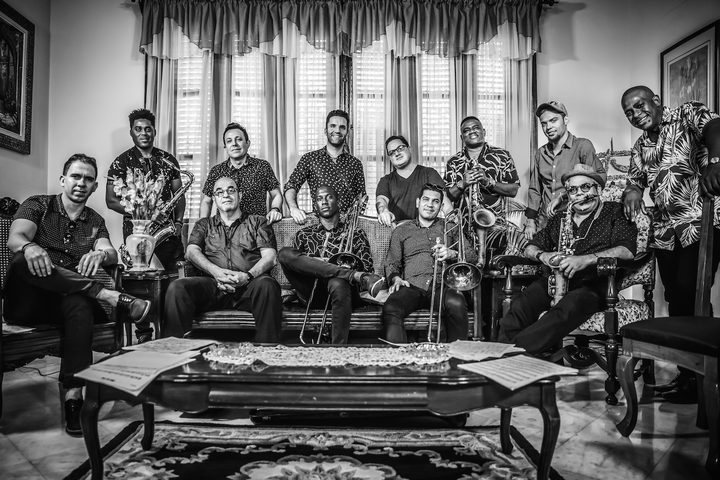 Orquesta Akokán is a thirteen-piece Cuban big band led by vocalist José “Pepito” Gómez; featuring some of the finest Cuban musicians on the island, both young and old, they deliver a modern take on the golden age of mambo music from the 1940’s and 1950’s.

The group whose name means ‘from the heart’, brought their blazing live show to the Bowl of Brooklands stage and played to a capacity crowd who absolutely adored the spectacle of a highly polished ensemble that operated like one giant rhythm machine, their exuberant Afro Cuban rhythms leaving the audience with no choice but to be up dancing.

RNZ’s own world music aficionado, Trevor Reekie, described Orquesta Akokán as “sensational” and “one of the highlights of an exceptional WOMAD 2020 weekend.”

Recorded and produced by William Saunders for RNZ Music