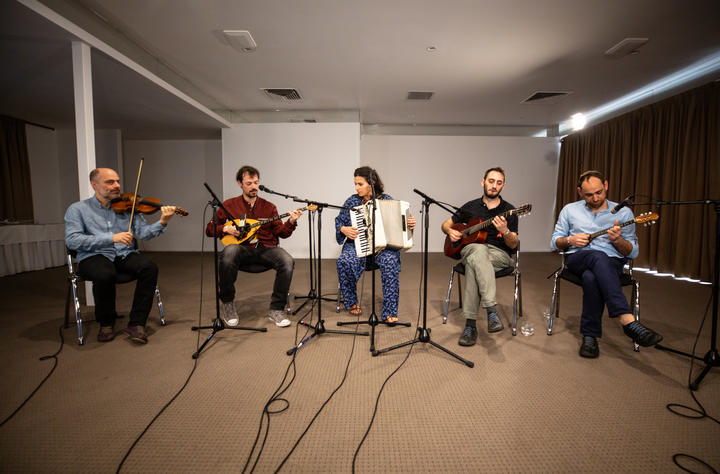 Rebetien perform songs and themes mostly derived from the Rebetiko and Greek traditional music repertoire, as well as their own compositions.

Rebetiko is a genre that has been described as songs of an exiled underclass and was famously outlawed in both Turkey and Greece for its association with the underworld and for being "socially degenerative".

Things have changed. It's now music that can get crowds singing and dancing. As the band themselves claim: “People love Rebetiko, young and old, and it is being rejuvenated as new people learn to play it in new ways”.

Great emphasis is placed on the natural, acoustic sound of the instruments that include accordion, bass, guitar, bouzouki and violin, with the band experimenting primarily with their arrangements. This creates a distinct sound and style that gives them a point of difference.

Fronted by Avgerini Gatsi on accordion and vocals, Rebetien music can go from melancholic and romantic to dynamic and uplifting. 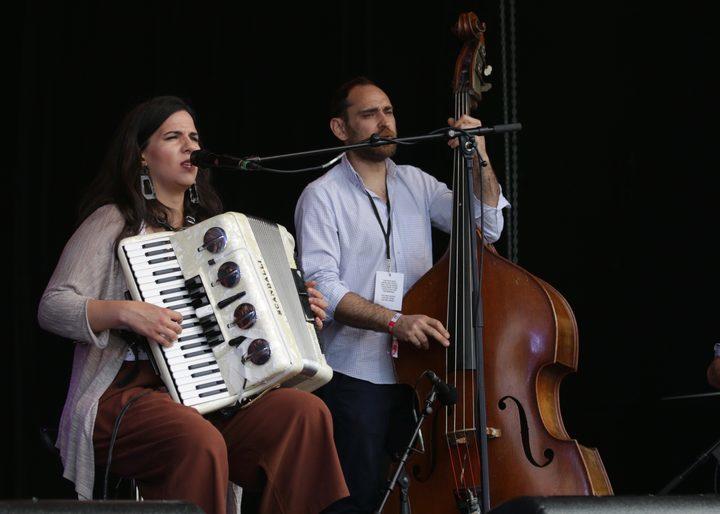 Rebetien performs weekly at various live-music taverns in Athens, and on occasion has performed at live-music venues and music festivals further afield in Greece and abroad.

Rebetien loved their first visit to Aotearoa as much as the crowd loved them. 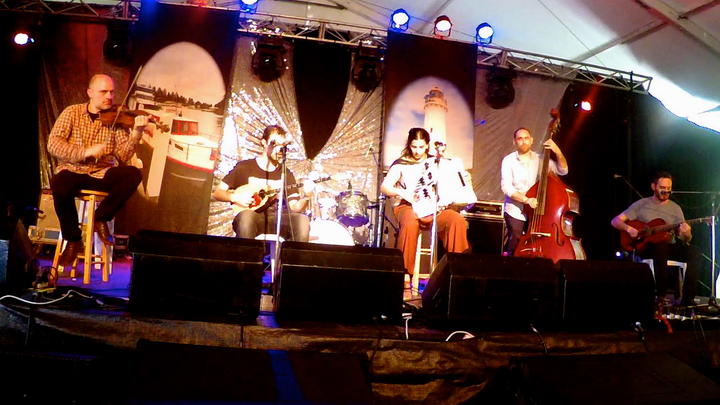 Rebetien performing live on the Dell Stage in New Plymouth, was recorded live and mixed by William Saunders for RNZ Music.