Celtic music has always been a crowd pleaser in New Zealand and with his band Mabon, Jamie Smith once more confirmed the popularity of the genre. As they claim, it's a modern face to an ancient culture, with plenty of jigs and reels. It's perhaps best described as lively, danceable and uplifting music.

Jamie Smith was brought up playing Welsh folk tunes, but quickly turned to playing songs drawing from a wider catalogue of original and traditional material influenced by the musical heritage of all the Celtic nations including Wales, Ireland, Scotland, Isle of Man, Brittany and Cornwall.

Established now as a five-piece group, main-man Jamie Smith (accordion and vocals) and Iolo Whelan (percussion) have been on-board since the start of  their musical  journey. They are capably assisted by Oliver Wilson-Dickson (fiddle), Matthew Downer (bass guitar) and together with newest recruit Paul Rogers (acoustic guitar) they have a broad repertoire that draws from their previous six albums.

The band celebrated its 20th anniversary in 2018 by playing more than 1000 gigs in four continents, including being the first ever Welsh band to perform at the Rain Forest World Music Festival in beautiful Kuching, Borneo. 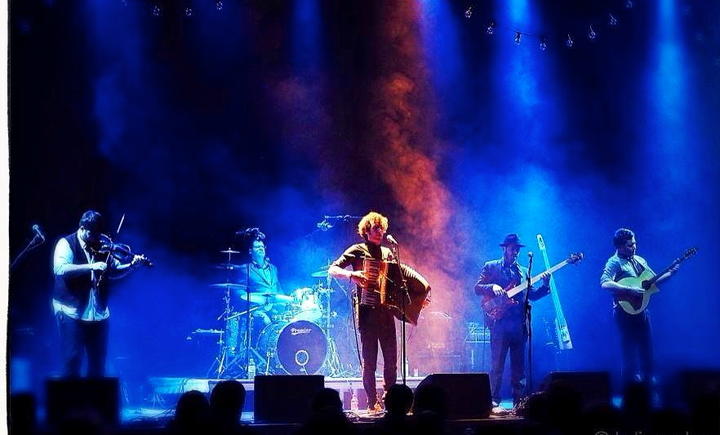 The Guardian wrote, "Jamie Smith’s Mabon became famous across Wales, and then the folk festival circuit, thanks to the power and versatility of Smith's remarkable accordion work".

Jamie Smiths Mabon put on an entertaining show at WOMAD Taranaki. They are easily one of the best UK folk bands, making full use of great melodies, driving rhythms and an irrepressible stage presence. The audience who caught Jamie Smith's Mabon playing the Dell Stage on the opening night of WOMAD 2019 certainly thought so!

Jamie Smith's Mabon from Wales performing on the Dell Stage, New Plymouth, was recorded live and produced by Darryl Stack for RNZ Music. 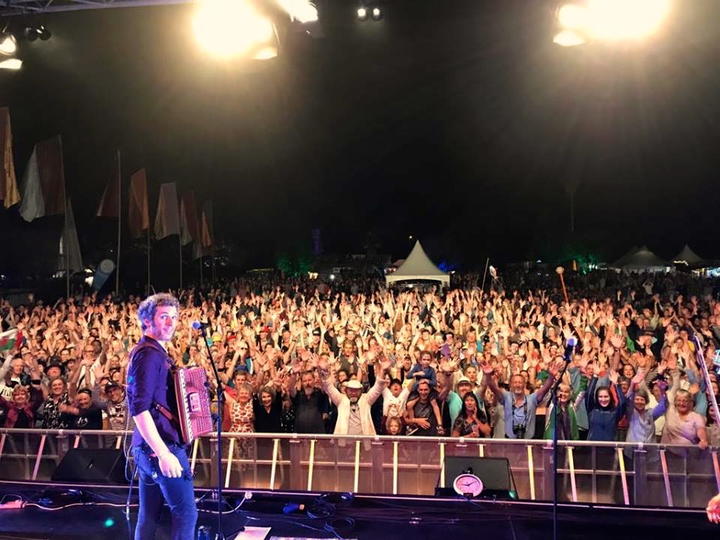