Much loved Kiwi group Kora is one of Aotearoa's most respected live bands capable of delivering a repertoire that includes elements of reggae, rock, dub roots and hard-out space-funk!

Kora's appearance on the TSB Bowl stage on the closing Sunday evening at WOMAD 2019 drew a capacity crowd and the band delivered a performance that showcased their superb vocal harmonies and a power-house rhythm section.

Kora were out to impress – and, judging by the audience response, they succeeded on every level.

Consisting of four brothers from the Kora family: Laughton, Francis, Brad and Stuart and their mate Dan McGruer (labeled the "token white dude") the band were raised in Whakatane. They first came to national attention back in 1991 when they won the Smokefree Rock Quest under the name Auntie Beatrice.

It was obvious even then that this band was in the music business for the long haul, such is their motivation, their own belief and their musical prowess. They are no strangers to the big stage and have delighted audiences not only in New Zealand but also the UK, America, Japan, Singapore and Australia. 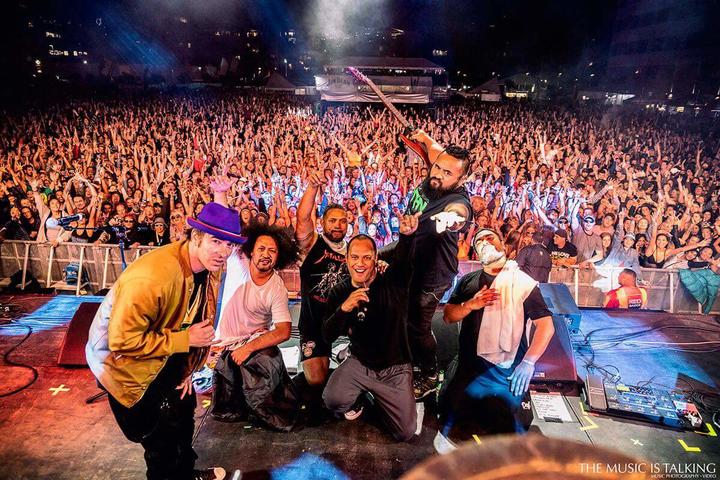 Kora live at WOMAD 2019 recorded and produced by Darryl Stack for RNZ Music.