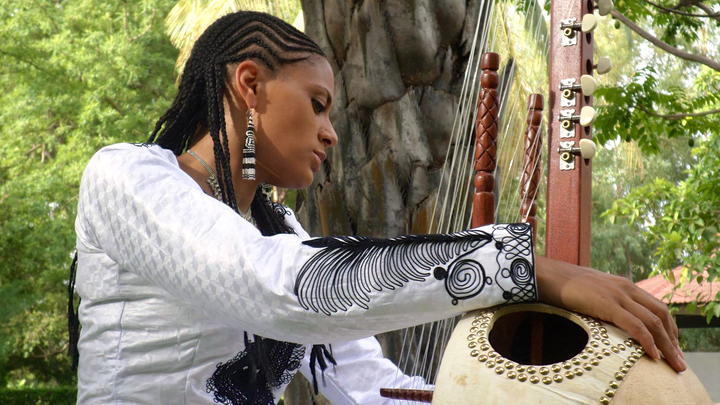 Sona Jobarteh was born in London of Gambian heritage and is the first woman to take up the kora professionally in a male-dominated tradition.

Sona Jobarteh is now a master of the musical tradition, which has been handed down from father-to-son exclusively in Griot families for the past seven centuries. The kora is a 21-string West African harp. 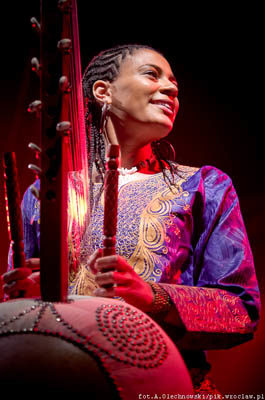 She is preserving the culture while also disrupting it; a duality important to note in youth culture, as many young Africans work to balance the new world with the old. And she’s solving important social and cultural issues while doing so.

Sona is also a lecturer, film music composer and multi-instrumentalist. Her vocals are sublime and her kora playing is precise but it's the quality and integrity of her compositions that shine. She has also developed a new instrument she calls the nkoni - a cross between the kora and the ngoni.

She's been acknowledged as one of the most exciting new talents from the West African Griot tradition to hit the stage in recent years.

Sona Jobarteh’s acclaimed debut album Fasiya has been her entry point to playing international festivals. Sona Jobarteh is accompanied by a wonderful band and the on-stage chemistry was visibly evident when she played the Dell stage at WOMAD Taranaki. She delighted her audience who obviously enjoyed the intimacy of the occasion. 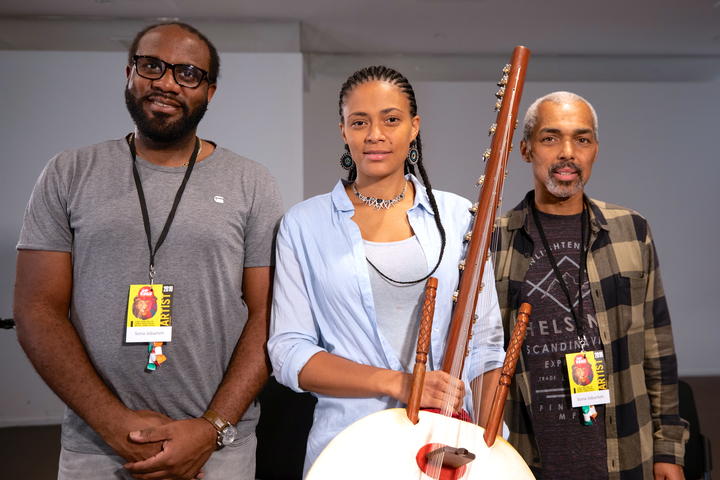