Poroporoaki to King Koroki by Pei Te Hurinui Jones in 1966 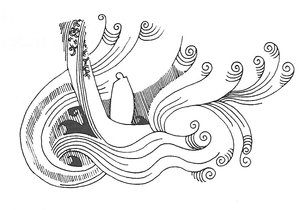 Koroki was a member of Ngāti Mahuta and had links with all the other important tribes of Aotearoa. His high-ranking genealogical ties with other canoes provide the main theme of the speech  given by Pei Te Hurinui Jones. His spirit is called on to make a journey around the North Island and visit the descendants of  his ancestors one last time before diving into the waters of Te Reinga to begin his final journey.

After the kaupapa is finished, a canoe chant that deals metaphorically with the burying of the body of the king is used as the whakamutunga.

The poroporoaki was delivered as a radio broadcast and Pei Te Huruni Jones (1898 –1976) was probably selected to give it because of his close genealogical ties and friendship with the king. He belonged to Ngāti Maniapoto.

Pei Jones was a well-known figure in the Māori community during his lifetime. His many years of experience in the Māori Land Court as officer for Māori land title, consolidations and development, gave him valuable insights into Māori language, culture and traditions. He is probably best known for his work revising Williams’ Dictionary of Maori Language and for his extension of Sir Apirana Ngata’s collection, Nga Moteatea.

Pei Jones was also a man of literature. He carried out a number of translations of English classics into Māori. Notable among these were Shakespeare’s The Merchant of Venice (later used for the Māori-language film adaptation) and Fitzgerald’s the Rubaiyat of Omar Khayyam.

The discussion features archival material from the Centre for Māori studies and Research at the University of Waikato.