Land taken during the Second World War for a military airfield at Raglan was returned to Tainui Awhiro people, but only after a long dispute. Instead of being handed back to its former owners when not required for its designated public purpose, part of the land was turned into a golf course in 1969. This led Eva Rickard to initiate protest action in the 1970s.

The Treaty of Waitangi Act was amended, with the Waitangi Tribunal having its powers extended to allow investigation of Crown actions and omissions that could be in breach of Treaty principles dating back to 1840. There were unexpected implications of going back to 1840: opening up the whole history of the terms and modes of colonisation. Researching claims has proved an enormous and specialised task, given the paucity of pre-existing historical work and the level of detail required. The presentation of the claims to the Tribunal and subsequent settlement negotiations with the Crown has also necessitated the involvement of many lawyers and other experts on behalf of both the Crown and the claimants.

The State Owned Enterprises Act was a key piece of legislation to incorporate a reference to the Treaty. Since then, more than 40 statutes have referred (with varying degrees of emphasis) to the principles of the Treaty, in relation to the purpose of the legislation.

A landmark Court of Appeal case (Māori Council v Attorney-General) established that the Crown must pay heed to previous Maori ownership in disposal of surplus Crown assets such as land. This followed the break-up of old land-holding departments and the establishment of new state owned enterprises under the 1986 State Owned Enterprises Act. That Act declared that the Crown might do nothing 'that is inconsistent with the principles of the Treaty of Waitangi.’ The Court set out a number of principles it saw encapsulated in or derived from the Treaty. Perhaps the key principle was that of partnership, since the Treaty had been signed by two partners. Another was that the Crown, as the more powerful partner, has a duty of active protection of the interests of the weaker partner, Māori. 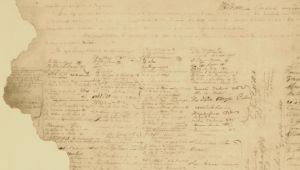