Inspired by Junot Diaz' story How to Date a Brown Girl. A joyous advisory tale bursting with energy, humour and insight, all seen through a Pacific Island lens. 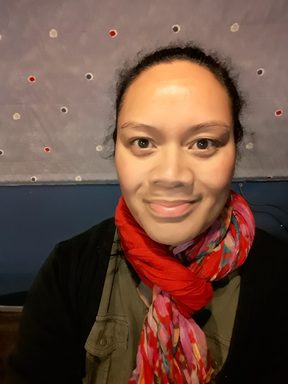 Maria Samuela’s children’s stories have been published in the School Journal, translated into five Pacific languages, and read on National Radio RNZ. Her collection of stories, The Secret Game Plan and Other Stories, was published by Reed. Her first adult story, The Promotion, inspired by her father’s migration to New Zealand from the Cook Islands, was read on National Radio in 2015. Last year she had other work appear in Turbine. In early 2018, Maria was the University Bookshop and Robert Lord Cottage Writer in Residence. She spent six weeks in Dunedin working on the next draft of her MA folio, a collection of stories for adults. Maria was born in Wellington, grew up in Porirua, and is of Cook Islands descent.