Our Stars of Ballet

Our Stars of Ballet, a short documentary from the National Film Unit, tracks the careers of New Zealand ballet icons Rowena Jackson and Alexander Grant, who both achieved great success as principal dancers for major ballet companies in England. The film follows their visit to Wellington with the Royal Ballet in 1959; Jackson picnics by the harbour with dancer husband Philip Chatfield, while Grant visits Mt Victoria. The film ends with Jackson performing her famed multiple fouttés en tournant, for which she held the world record in 1959.

This National Film Unit documentary illustrates the early days of the Royal New Zealand Ballet. Performances from the company’s touring program include Bournonville’s Napoli, Kiwi Arthur Turnbull’s Do-Wack-A-Do, a quirky 1930s flapper themed production (also with a NZ composer, Dorothea Franchi) and the tulle and poise of Fokine’s Les Sylphides. Prismatic Variations, choreographed by ballet company founder Poul Gnatt, and produced by another dance icon Russell Kerr, is the finale for this tribute to those who have made New Zealanders “ballet conscious.” 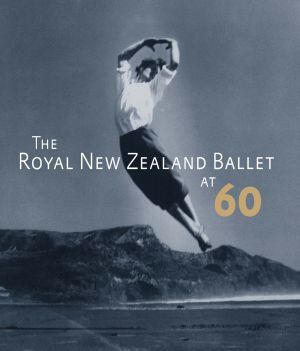 Clarissa Dunn and Hannah Sassman go behind the scenes at the Royal New Zealand Ballet, in celebration of their 60th birthday.

Historical and recent images of ballet in New Zealand