Moon Over Martinborough by Jared Gulian 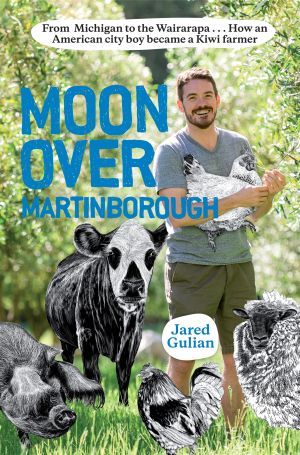 Moon Over Martinborough on Radio NZ

When we think of areas like Marlborough, Hawkes Bay and Martinborough, we think of wine... but many of these hot dry areas are also becoming famous for their extra virgin olive oil. From Summer Report 6 January 2014.

Amelia Nurse heads to a Martinborough olive grove to see how two city boys are faring with their trees. From Country Life 22 July 2011

From Michigan to the Wairarapa

Two city boys from America became "Ruralpolitans" in 2006, moving from Wellington to a 20 acre property in Martinborough. It wasn't just the fresh air and slower pace of life that appealed to them, it was the 500 olive trees on the property. Not long after moving to Martinborough, Jared started a blog about the disasters and discoveries of two novice farmers. From Afternoons 17 June 2013.