Joanna Preston is an Australian-born poet, editor and freelance writing tutor who lives in Southbridge, near Christchurch.

She has just taken over as poetry editor for Takahe magazine, which is marking its 25th anniversary with an event at the WORD Christchurch Writers & Readers Festival in late August 2014. Joanna's first collection, The Summer King, was published by Otago University Press in 2009.

Joanna Preston talks to Wallace Chapman about the inspiration, sweat and tears it takes to write a poem - and why some poems are just too hard to understand.

Brian Turner served time on the front line in Iraq and Bosnia. He shares his stories and poems about modern wartime.

Caoilinn Hughes is an Irish-born New Zealand-based poet who combines the creativity associated with the written word with the precision connected with science. Her new collection of poems, Gathering Evidence, won the 2012 Patrick Kavanagh Award, and poems from the collection won the 2013 Cúirt New Writing Prize, the 2012 STA Travel Writing Prize and the 2013 Trócaire / Poetry Ireland Competition.

The Shetland Islands are home to poet Jen Hadfield, the youngest winner of the prestigious T.S. Eliot Prize.

US writer and scholar who has been called "one of our true superstars of nonfiction." His 1983 book The Gift has been singled out as an inspiration by writers from Eleanor Catton to Margaret Atwood.

Eighty-six-year-old Irish poet Richard Murphy joins us from Sri Lanka, to reminisce about his time with friend, and fellow poet Seamus Heaney who recently passed away. We celebrate Heaney's contributions to the poetic sphere and hear tales of how the duo met, how they were inspired and how Heaney's last act was that of kindness.

He called Milford Sound the Eighth Wonder of the World and described Auckland as 'last, loneliest, loveliest, exquisite, apart'. Author and poet Rudyard Kipling said New Zealanders could tell many tall tales and had tremendous Yarn Power. But it is the power of Kipling's own yarns and their legacy here in New Zealand that is the surprise. Those stories will be told as part of a new series of lectures at Victoria University. Next week Professor Harry Ricketts reveals how Kipling lives on today in some unexpected places.

Harry Ricketts is an Associate Professor in the School of English, Film, Theatre and Media Studies at Victoria University. He's written a biography of Rudyard Kipling called 'The Unforgiving Minute'.

Karen Solie writes a lot about the land, about her connection to it and the threats to rural landscapes from developers and mining industries. Since publishing her first collection 'Short Haul Engine' in 2001, Karen's won a stack of awards and represented Canada at the 'poetry Olympics' in London last year.

Visiting Professor John Batchelor presents poet Alfred, Lord Tennyson in a new light - as a shrewd businessman and ingenious self-brander in his biography called Tennyson: To strive, to seek, to find which is published by Random House. John Batchelor is giving a talk about Tennyson at the Dunedin Public Art Gallery this Tuesday.

Lemn Sissay is a British poet who was made an MBE in 2010 for services to literature. He was a commissioned poet of the London Olympics, and has performed on stages around the world, including in Auckland.

Lemn recently gave a TED Talk at the British Houses of Parliament reflecting on his experiences growing up in foster care and talking about the depiction of orphans and adopted children in popular culture - Harry Potter, Cinderella, Oliver Twist.

Former UK poet laureate, founder of the digital Poetry Archive, and author of a number of poetry collections, and of the novel Silver: Return to Treasure Island. He visited New Zealand to talk at the Auckland Museum.

Brigette Oleschinski is one of three German poets who are working with three New Zealand poets to write about the recent Transit of Venus, which they watched together in Tolaga Bay. In October they will present their poems at the Frankfurt Book Fair, where New Zealand is the country of honour. Brigette talks about her observations along with one of the Kiwi Transit of Venus poets, Chris Price.

Poet and actor, born in the projects of Brooklyn, New York, to a Puerto Rican mother and Norwegian father who met in a methadone clinic. They split up when he was very young and both died of AIDS.

Lemon Andersen had a harsh early life and ended up with a long conviction list, eventually serving time in Rikers Prison. He started writing poetry there, and went on to win a Tony award for his starring role in Def Poetry on Broadway. His on-stage memoir, 'County of Kings', has also garnered critical acclaim.

Visiting North American poet Rachel Blau DuPlessis who's on the verge of completing an epic poem she's been writing since 1986.

The life and times of ex-accountant Les Barker, and the joys and challenges of travelling the world as a professional poet.

Fans of William McGonagall, the Scotsman widely described as the worst poet in history, have been given new reasons to clench their teeth and sigh.

Kevin Connolly is a Canadian poet with an acute sense of the absurd and a wonderful wit, who is going to be in Wellington for the NZIAF 2010 Readers and Writers Week.

Canadian poet, whose innovative and experimental work has reached best-selling status in his homeland.

Canadian poet and author who will visit New Zealand to take part in Writers and Readers week of the International Arts Festival.

English poet John Milton was the greatest poet who ever lived and today we celebrate his 400th birthday. 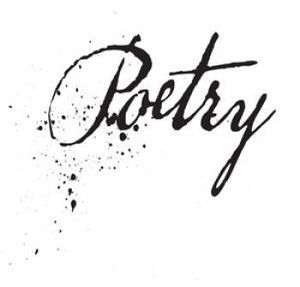 Poetry lifts the veil from the hidden beauty of the world, and makes familiar objects be as if they were not familiar

Poetry is not an expression of the party line. It’s that time of night, lying in bed, thinking what you really think, making the private world public, that’s what the poet does.

Genuine poetry can communicate before it is understood.

Poetry is not only dream and vision; it is the skeleton architecture of our lives. It lays the foundations for a future of change, a bridge across our fears of what has never been before.

Poetry is a deal of joy and pain and wonder, with a dash of the dictionary.

All good poetry is the spontaneous overflow of powerful feelings: it takes its origin from emotion recollected in tranquility.

There's no money in poetry, but there's no poetry in money, either.

At the touch of love everyone becomes a poet.

Poetry is thoughts that breathe, and words that burn