A play about the discovery of the bones of the dramatically infamous Richard III under a carpark in Leicester in 2013 and about a contemporary Richard-inspired villain who uses that very carpark. 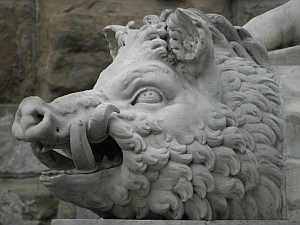 Dean Parker is a successful New Zealand screenwriter and playwright. He has worked as a writer for much of his life and been prominent in his union, the New Zealand Writer's Guild.

On the morning of February 4 this year, on what I anticipated another indifferent day, I climbed up our stairs to the kitchen and glumly said to my companion sitting at the kitchen table reading the Herald and listening to Morning Report, “Any news?”

I was expecting the usual. John Key climbing higher in the polls. Hundreds more dead in poor old Aleppo. The right-wing growing stronger in Israel’s elections. More riots in Egypt as the new boss tightened his hold. Liverpool losing at home to Reading. “Titewhai up to anything?” I said hopefully. Without raising her head my companion replied, “It was his bones.” I said, “Whose bones?” She said, “Richard the Third’s.” Well, knock me over with a &*@!+ %#  feather. I cheered up immediately. I’d assumed like everyone else that the male skeleton dug up from beneath a carpark by Leicester University’s archaeological party last year was poor old Joe “Nobby Knobhead” dead from the plague or apoplexy or something, buried with his trusty peasant pitchfork and an empty pitcher of cider beside him, (God rest his soul and provide for the various mothers of his squinty progeny). But, no! DNA testing confirmed the bones were those of the bottled spider himself, the lump of foul deformity, the creeping venomed thing, hog, dog, hedgehog, adder, swine, hell-hound, toad kindled with ambition all-consuming, sparing no man’s death whose life withstood his purpose… etc Well! Richard III! Hello, there! Welcome to the 21st century! How’s it been? You’ve missed the Tudors, Stuarts, spot of regicide, Hanovers, Saxe-Coburg/Windsors, Tony Blair and—incredibly—a return to the Crusades. Over 500 years had gone by with those bones lying there, curved spine and all, first under a friary’s stone floor, then under overgrown ground after Henry VIII sacked the monasteries, then under a garden, then a privy, then a tar-sealed carpark.  We are such stuff as dreams are made off, and our little lives are rounded with a sleep. The New Zealand branch of the international Richard III Society who exist to counter Shakespeare’s pro-Tudor slanders and who advertise themselves as based around Levin and Lower Hutt (what is it about Horowhenua-Hutt?), announced the results of the dig with an exultant upper case on-line bulletin: “IT’S HIM!” The Leicester dig was a stunning accomplishment. The Uni team first researched the long-gone friary where Richard was said to have been laid after the battle of Bosworth Field, figured out where the grave would have been located in the building, over-laid this on a map of modern-day Leicester’s CBD, stuck in a pin and found they were looking at a corner of a carpark near Leicester Cathedral, a carpark used by the nearby Children & Young Persons’ Service—ironic given Richard’s casual dispatch of his two young nephews in the Tower. They got Council permission, dug straight down and, bingo!

I think Richard III was the first Shakespeare I ever saw. It was Sir Laurence Olivier’s movie version, which our third form class trouped to see at the local flea-pit. I can’t remember much of it except the impression of a strange, lurid colour. Maybe that was the language, refracted. Fifty years later I had a play on about the repellent but oddly piteous Robert Muldoon (“Life is ugly, short and brutal—like me”) which commenced with Muldoon in his lily garden bent over his blooms and Sir Larry providing a voice-over building in intensity:

“… I, that am not shaped for sportive tricks,
Nor made to court an amorous looking-glass;
I, that am rudely stamp’d, and want love’s majesty
To strut before a wanton ambling nymph;
I, that am  etc etc …
… And therefore, since I cannot prove a lover,
To entertain these fair well-spoken days,
I am determined to prove a villain
And hate the idle pleasures of these days…”

The truth is the Richard III Society was lucky to have their man picked out for a hatchet job by Shakespeare. Who cares about the bones of any other Plantagenet or House of Lancaster or House of York? Richard’s century, the fifteenth, was beset with embittered noble thugs returning from defeat in France with bands of unemployable soldiers all looking for war. They found it amongst themselves, turning on each other in a series of gangland faction-fights. And no bad thing: the mass of the people were largely unaffected and the way was cleared for the emergence of a useful merchant class. Of course this also cleared the way for a Tudor despotism that would last through to Elizabeth and oversee a vast transfer of wealth from the labouring classes to merchants and landowners. Richard’s only importance historically is as a marker: the end of the Middle Ages and the dawn of capitalism, the move from shearing wool to the manufacture of cloth. But in our literature he is a figure arousing wonder and pity; “modern man in search of a soul,” Jung said. During the rest of February I thought about the bones of Richard III, thought about them for a radio play.  Had the bones lying under that carpark and arguing with The Ghost of Laurence Oliver while above them an archaeological dig arrives with a concrete saw and careful trowels. Of course, if you’ve got a carpark, you really want someone parking their car there, and if they’re parking their car there, you’d want it towed away at some stage so they could turn up in a panic and holler out, “My car! My car! My kingdom for a car!” And, well, there’s your play. Bingo.