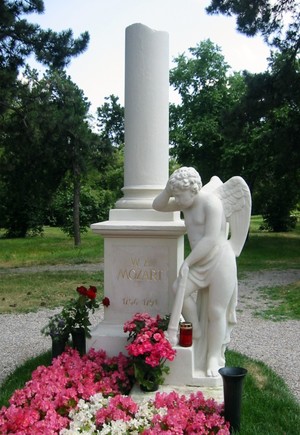 When Wolfgang Amadeus Mozart died in December 1791 his Requiem in D minor K626 was incomplete.

The final words that he set to music were "that day of tears and mourning" in the Lacrimosa section.

His early death has been described as the greatest tragedy in classical music.

A wealthy, music-loving nobleman, Count Franz von Walsegg, was in the habit of commissioning works anonymously and then presenting them as his own within a fairly intimate circle. He was particularly fond of string quartets in which he would play the cello while engaging accomplished professionals for the other lines. When his wife died at the beginning of 1791, he conceived the idea of presenting a requiem – ostensibly his own – as a memorial to her and engaged his Viennese attorney to make the approach to Mozart.

Mozart was interested in this commission for professional reasons. He’d just been named Director of Music designate at St Stephen’s Cathedral and he told his wife Constanze that he’d like to try his hand at this sort of composition. Half the agreed fee was paid in advance.