Widows of Shuhada is an authentic walk alongside four of the women most affected by the atrocities of March 15, 2019.  Featuring Muslim broadcasting student Asha Abdi and Al-Noor mosque’s Women’s Coordinator Jumayah Jones, they present insights rarely heard before or since March 15. 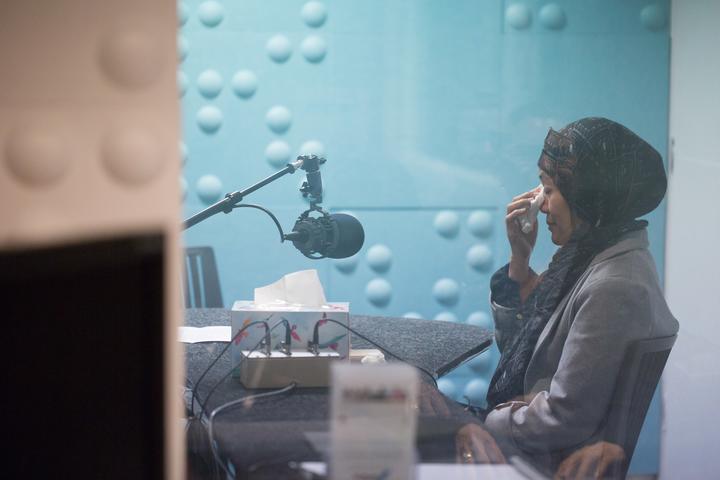 Telling her story is tough for Hamimah. "It's hard for me to say the word 'killed' but he was shot and killed and - we hope that that then gives him the title of the martyr, the shuhada." Photo: Copyright Janneth Gil

The music in the podcast is mostly from the Egyptian oud player Hazem Shaheen and there are some original pieces from local Christchurch musician Liam Oliver.

To Farah, Neha, Mahubo and Hamimah: Thank you from the bottom of our hearts and we hope that by sharing your stories, that your lives were made better too. barakallahu feekum

“we came from Allah, and to Allah we return.”