Some Like It Hot is the only pure comedy in the Sight & Sound list of the top 50 films of all time, reports Dan Slevin. 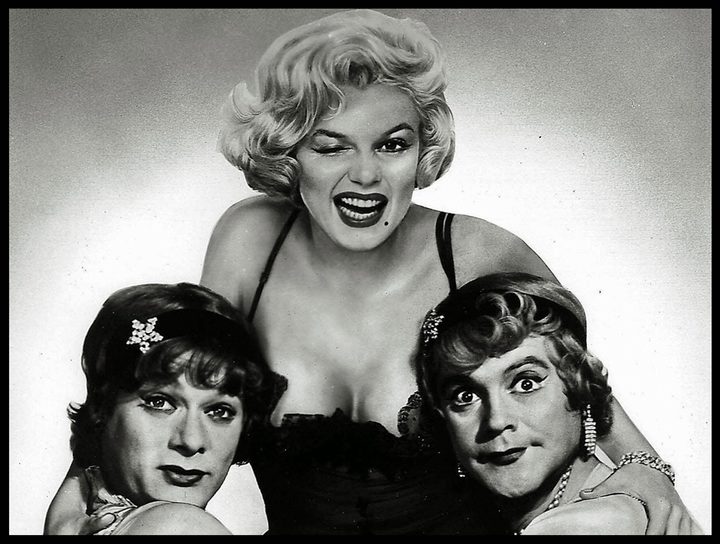 Tony Curtis, Marilyn Monroe and Jack Lemmon in a publicity still for Some Like It Hot (1959) Photo: MGM

Returning to the other ambitious project I initialised back in January, it’s time to return to the Sight & Sound list of 50 greatest films of all time, a countdown of the canon (at least the canon as it appeared in 2012). Because of the ever-reducing number of neighbourhood DVD stores and the seeming lack of interest on the part of streaming services to showcase films earlier than 1980, this project is still quite an important one. Somehow, we have to keep these films alive.

It must be said that the Sight & Sound list is hardly a barrel of laughs. Of the top 50, only five could be considered comedies and a couple of those (Chaplin’s City Lights and Tati’s Playtime) have deep undercurrents of melancholy running through them. 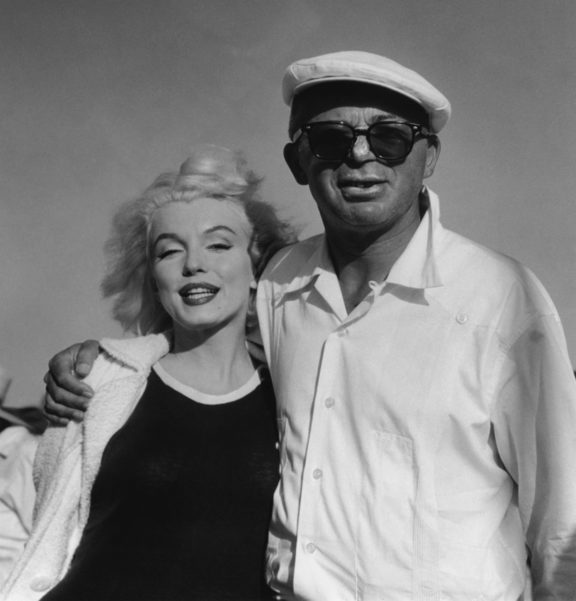 Marilyn Monroe with director Billy Wilder on the set of Some Like It Hot. She was not at her most professional during the shoot but Wilder reportedly said afterwards, “My Aunt Minnie would always be punctual and never hold up production, but who would pay to see my Aunt Minnie?” Photo: MGM

The only out-and-out comedy on the list comes in at equal-43 with a bullet – Billy Wilder’s matchless farce, Some Like It Hot from 1959. Not only is it the funniest film on the list, it’s also one of the most famous – a shining example of how wonderful movies could be in Hollywood’s golden age. I hadn’t seen it since I was at high school so was eager to hop on to iTunes and plunk down my $5.99 to rent it – in very decent-looking high definition black and white no less.

The first third of the film was pretty familiar – largely because clips from that early part are staples in documentaries about movie history. Jack Lemmon and Tony Curtis are musicians in Prohibition-era Chicago. When they witness a gangland execution, they are forced to escape to Florida with an all-girl band. Of course, the only way they can do this is in drag but – being red-blooded young American males –being trapped on a train with a bunch of attractive single young women means temptation that might get them killed. Especially when one of the young women is a blonde lush of a singer played with aplomb by Marilyn Monroe.

Once in Florida, Curtis’ character takes on yet another identity when impersonates an oil baron in order to turn the head of Ms. Monroe’s character while Mr. Lemmon’s Daphne, the double bass player, receives the unwanted attention of a real oil millionaire played by Joe E. Brown. 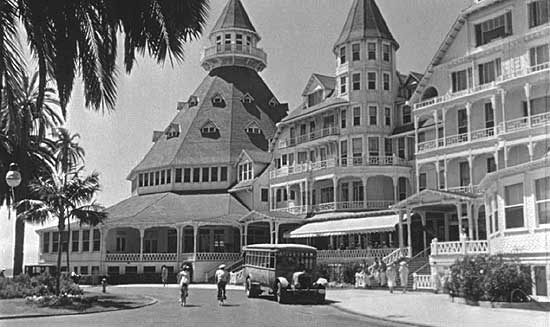 Some Like It Hot is two hours long but never skips a beat. Wilder’s script – inspired by a French film called Fanfare of Love – is the perfect combination of plot and character and you can’t imagine Mr. Wilder putting up with the endless improvisation that seems make up most modern comedies.

Some Like It Hot is so famous – and so much written about – I won’t go much deeper here except to note that George Raft spoofs his hard-boiled gangster persona with an utterly straight face and that the hotel that plays Florida’s Eminole Ritz Hotel – the Hotel del Coronado in San Diego – against all the odds still exists and is now on my long list of film pilgrimages to be taken.

Some Like It Hot can be found on DVD if you have a store near you, and iTunes in HD (for sale or rental).

The Sight & Sound Top 50 project is intended to encourage more attention to the greatest films of the past – in the same way we still read old books and listen to old music we should be appreciating old movies.