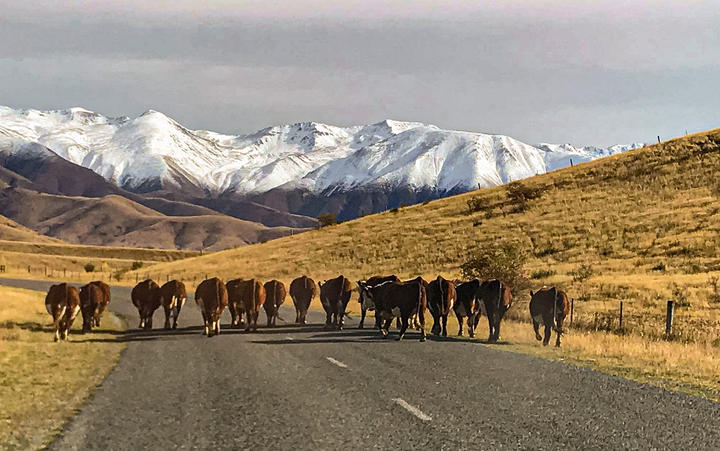 Farmers in most places are looking skywards for promised rain.

A friendly stock agent in Northland says he's been extremely busy in lockdown. You can't hold sales for stock in saleyards so he's having to go out to farms and weigh, value, photograph and video animals and then make contact with other agents or people he thinks might be in the market for them. He says people are buying but slowly because it's still very dry. Prices have come back 30 to 50 cents a kilogram for liveweight animals and the works schedule's back 20 to 30 cents a kilo on a month ago. There's a two to three week wait for space at the works.

Pukekohe's had a week of calm fine and dry conditions. Weather this good at this time of year is being described as unprecedented. For the harvesting of kiwifruit, it couldn't  be better. Forecasts indicate  rain should  fall later at the weekend, it's needed as irrigators are still on. 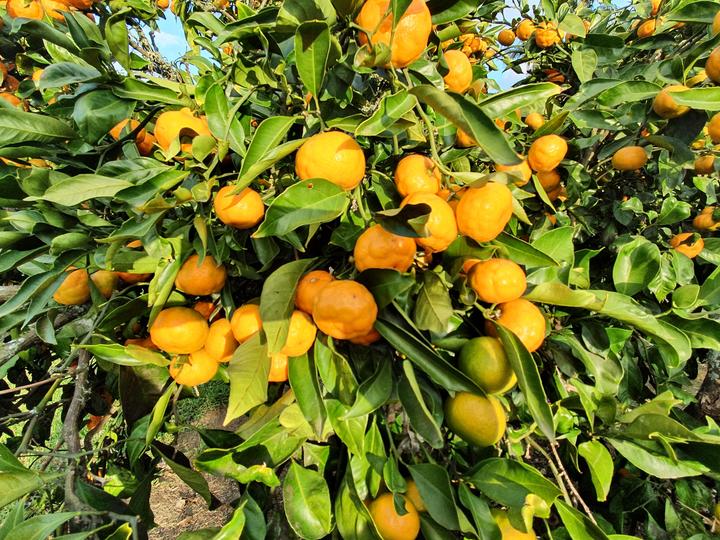 In Waikato, the mornings have been cool and the days fine and warm. Heifers that have been away grazing have started to come home this week in preparation for calving in a couple of months. The farmer we spoke to says that the feed levels are average, and a bit of rain would help boost growth.

Bay of Plenty's had marvellous weather but the soil meters are still reading dry. There is rain forecast this weekend but there needs to be a lot of it to turn things around. The last of gold kiwifruit should be picked by next week and then it is on to the green variety. Despite the challenges of Covid-19, the crop is still getting through the supply chain well.  On the dairy farm, feed levels are okay coming off the back of a very dry summer.  The girls have been on once-a-day for a while now and are in good shape. Production will be back about 4 to 5% on last year.

King Country has had beautiful Autumn weather which is great for getting jobs done. Rain forecast for the weekend should help the low pasture levels. There are a lot of jobs being finished off like weaning calves and pregnancy testing cows. The shift to Covid-19 alert level 3 has helped get shearers back onto farms but there is still a back log at the meat plants. 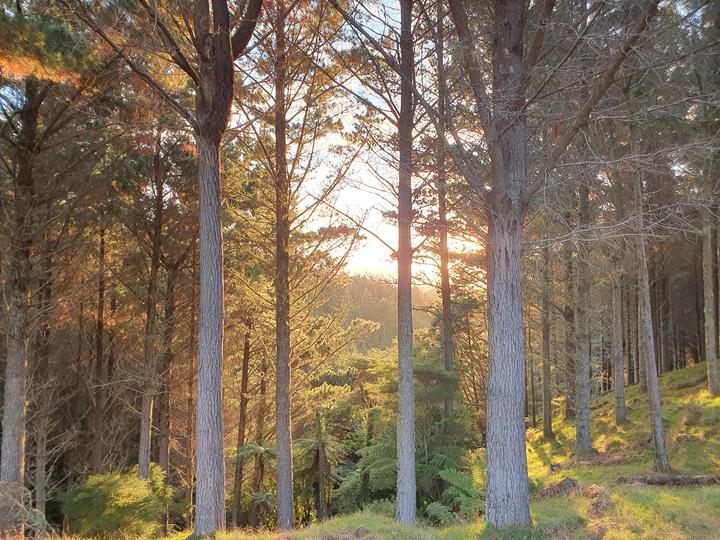 Coastal Taranaki has greened up but has only had moderate growth so really needs a boost - that should come of Sunday and Monday with heavy rain forecast but farmers have had their hopes thwarted a lot recently.  More than half the province's herds are dry now or are in the process drying off. Milk production's generally on par or a slightly below last year's. There's a bit of pessimism about the estimated payout for next season- between $5.50 to $6.50. This year it'll be between 7 dollars 20 and 30.  So farmers will do their budgets counting on $6.

Across the island and it's been a fine, warm week for getting crops in the ground around Gisborne. Moisture levels are still low for pasture growth. May's the time when prospective bull buyers pour into the region to  check out what's for sale - the bull walk as it's known. But  inspections have been cancelled or postponed because of Covid-19 restrictions. Our contact is uncertain how the June sales will be conducted if level 3 continues.

A farmer in Hawkes Bay says the situation is dire because of the lack of feed and it's on the verge of being an animal welfare concern. He's never seen it so bad in his 25 years in the area. The pervasive drought this summer has meant there's no other region to turn to for feed and many farmers have had to give stock palm kernel. He says farmers in the Bay are a hardy lot but this is tough. They need good rain to come from the east to make a difference and that's not on the horizon just yet.

It's been a fine. warm but gusty week in Wairarapa. Winemakers have been hard at work in the wineries keeping a watch on the ferment, pressing and putting the wine into barrel. 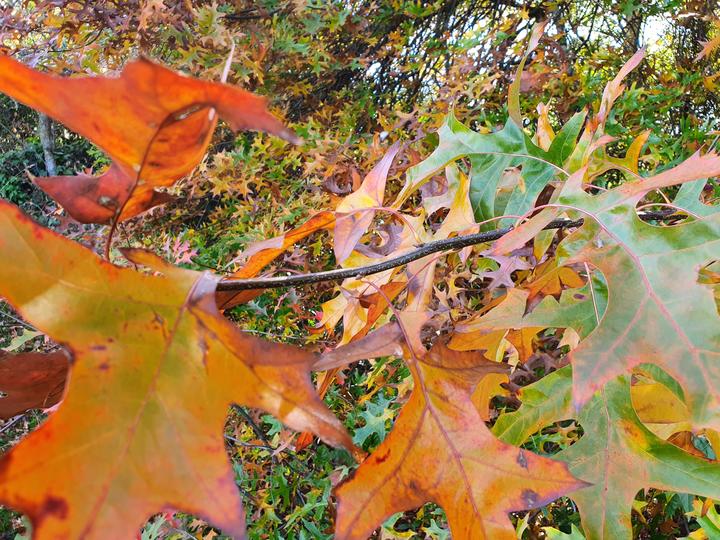 And in Manawatu, the week's been overcast and windy. A farmer says he'll be drying off the cows in the next week or so and is looking forward to a bit of a break after a tough season.

Heading to the South Island - Apple harvesting's coming to an end in the Nelson/Motueka region. Fruit quality and weather-wise the season's been one out of the box . A grower says it's been very stressful dealing with staff during the Covid 19 lockdown. With 100 people working for him, mostly RSE workers from Tonga, he's having to make sure everyone stays in their bubble on the job, and he's having to deal with accommodation and social distancing too. The workers have been here for seven months, they are tired, miss their families and want to go home now that the seasons coming to end. They can't go home though because of  travel restrictions, so their visas have been extended until September. The industry and MPI is looking at trying to get RSE workers home soon. 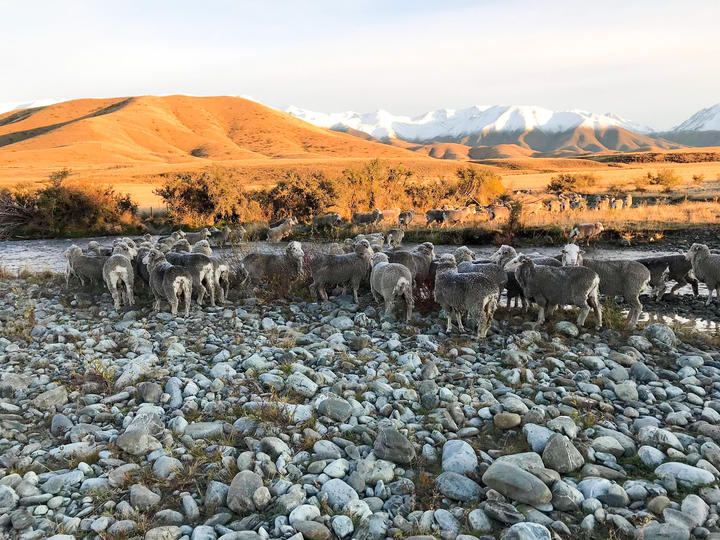 In the Mackenzie Basin, things are very quiet. Usually the area is teeming with tourists all year round but now there is hardly anyone in sight. A strong southerly came through last week capping the top of hills with snow. The mornings are bitterly cold, and the days turn out fine. The farmer we spoke to said that it had been a busy week. The last of the ewes had their feet trimmed and the cows had a successful pregnancy testing.

Farms around Lake Brunner on the West Coast are wet under foot after some heavy showers this week. With the season nearing an end cows are getting weary, milk production's dropping off and empties are going to the works. Farmers have received a letter from Westland Milk Products saying the factory at Hokitika's closing on June 3rd and will reopen for business a month later. Maintenance needs to be done at the plant so there's no winter milk processing this year.

A Central Otago fruit grower at Roxburgh says they've started pruning apricot trees now that all the apples are picked. He's been selling the apples online as the Otago Farmers market won't re-open until alert level 2. He's been pleasantly surprised  at the online response. But it's a lot of work as they're doing the deliveries themselves around Dunedin. He's bit concerned about what will happen next season in terms of staff as he's reliant on foreign travellers to do fruit picking.

Western Southland's windy but mild. A dollop of rain last weekend was welcomed as conditions were getting a tad dry. nitrogen's being going on to boost up pasture and to give paddocks a break, stock are going onto a mixture of winter feed and baleage. A Blackmount farmer says his kale, swede and fodder crops are on the light side though as they went in so late.  Because of covid delays at the freezing works a lot of his lambs, that should be well gone, are still on farm. He says it's frustrating as the killing price was about 30 dollars higher six weeks ago than it is now.