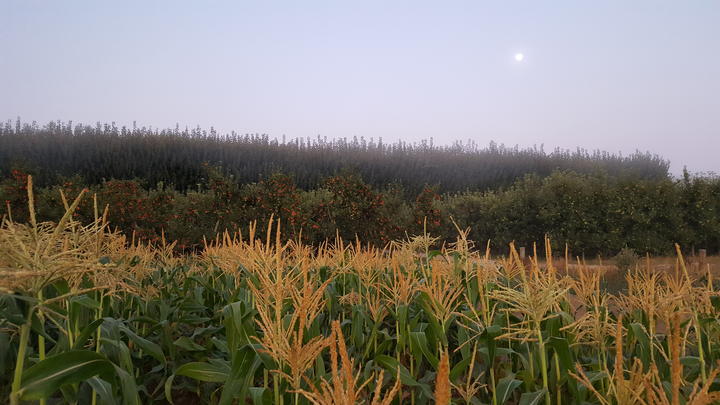 The situation in Northland remains desperate with no rain forecast in the short term. Farmers are disappointed the tail end of a cyclone headed south not across the north, as it usually might, bringing much needed moisture. Farmers have welcomed the drought declaration but a consultant says it would be a great help if Fonterra penalised them less for any down grading of milk from palm kernel fed cows.  Kernel is the cheapest supplementary feed out there and most dairy farmers are using it at the moment.  Cows are being pregnancy tested and empty ones are heading to the works. There is still room to process culled dairy cows which mostly head to the US processed beef market, unlike beef heading for the uncertain China market.

Around Pukekohe, the widespread dry continues to make life difficult for the outdoor vegetable industry. Senior growers are aware that one day, rain will come but will it be too much at once? In the meantime pumpkins without water are close to failure and late maturing onions look similar. Potatoes are difficult to harvest and the tuber moth damage is responsible for increasing rejects. Brassicas and lettuce  can only be planted if irrigation is available and in many situations, it isn't. Although it is early to speculate, a continuation of the present weather pattern could result in shortage of some vegetables, at least from the Pukekohe district. 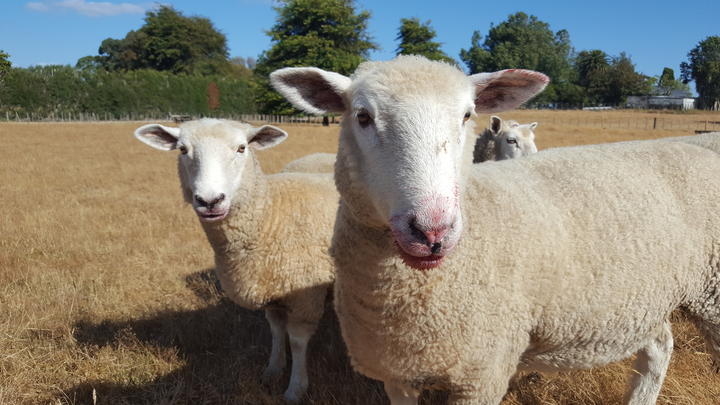 A dairy farmer in Bay of Plenty says his farm is the driest he's seen it in nearly 30 years of farming. They're once a day milkers so he says his cows are in pretty good shape but silage is getting pretty tight. Unless there's rain in the coming week, herds in the region will start drying off. A backlog at the freezing works is not helping the situation. On the upside, in the kiwifruit orchard, it's likely to be a good tasting crop with an expected uptick in drymatter level - the good taste factor - although fruit is likely to be smaller than normal. Picking is about a month from now. There's a lot of expectation around the bid price for licenses to grow gold kiwifruit and with a quarter of the crop going to China, producers are wondering what effect the coronavirus will have.

There's still a tinge of green in King Country paddocks although pasture has stopped growing and water is in short supply. Farmers are spending a lot more time mustering to ensure stock have water and shade but they're thankful they haven't had the massive floods as in the south or the burnt out dry of further north. The farmer we speak to has been trying to get her jobs, like vaccinating two-tooths, done in the cool of the morning.

Pasture is still growing in Taranaki but well below average for the time of the year. Even inland areas are browning off. Many farmers are heading to once a day milking. Pregnancy testing is still underway. There'll be problems if it doesn't rain significantly by the end of February. 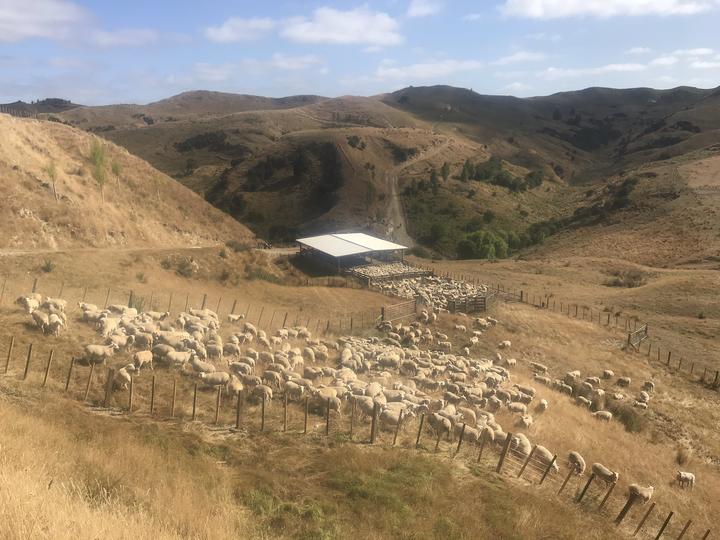 In Gisborne, where many farmers rely on dam water, creeks have dried up. There's still a bit of feed around. Rain is predicted over the next couple of weeks but it will take a major amount to turn things around. It could be a struggle to get ewes up to the weights required and if they're light, lamb numbers could be down. The community's supporting families caught up in the slowdown in logging due to the coronavirus.

The apple harvest is starting to ramp up in Hawkes Bay. Fruit is in very good condition with harmful sunburn at the lowest level our consultant has ever seen. He suggests smoke from the Australian fires could be masking the sun's intensity. While the coronavirus has thrown a curve ball at growers, there's an upside. Our consultant understands people in China are shopping more at supermarkets where New Zealand fruit goes rather than the street markets. Plums, peaches and nectarines are still being harvested.

It's continuing to dry up in Wairarapa, where farmers are hanging out for a touch of cyclone weather. The nets are on in the vineyards to keep pesky birds away. There's some frustration at not being able to shift lambs and cull ewes off to the works. It would be nice not to have the extra mouths to feed now that crops are finished. Some hill country farmers had a practical day out being shown new feed growing techniques. No one's feeling too anxious about the dry though but come March it'll be a different situation. 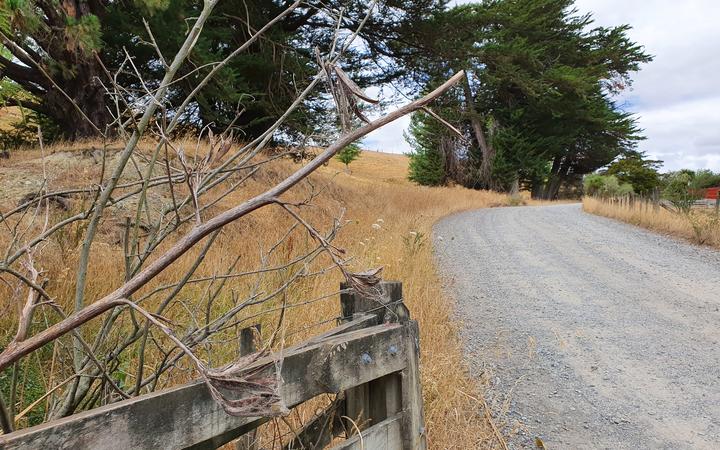 Apple picking's underway in the Nelson/Motueka region. A grower with four blocks says the new Posy variety have been coming off first and fruit quality is excellent. The next cab off the rank is Royal Gala. Staff-wise he says if it wasn't for the RSE workers there'd be no harvest. Not one person has come to the orchard office looking for a picking job yet. Ten or 15 years ago it was a different story, he says.

A farmer up the top of the Waihopai Valley in Marlborough says it's very dry but that's expected in February. Over the last 30 days he's recorded a mere 16 millimetres of rain in the gauge.  Merino ewes and lambs are on rotation. There's no green feed around for them but they're extremely adept at finding rough and taggety tucker. A medium square bale of hay is selling for $65 in the province and it's going out of the door like hot cakes. 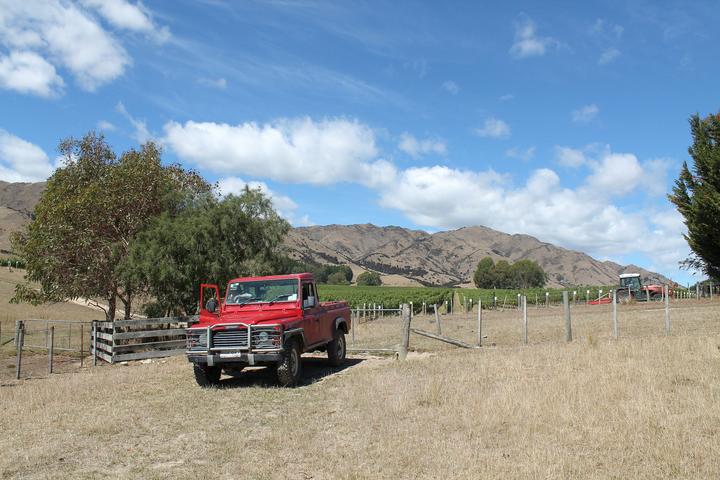 It's been a beautiful week at Barrytown on the West Coast. Perfect for BBQs, says our contact. Lots of rain's predicted for early next week though. While the sun's out, the last of the baleage is being made and a few late crops are going in. Pregnancy testing results are starting to come through now and milk-wise production's holding up well.

It's been another warm week with cooler nights in Canterbury. Harvest has been progressing well. Grass seed is now all but done with barley, wheat, peas and clover now in full swing. Feed levels remain ok on irrigated farms however dryland farms are struggling due to the dry conditions.

A dairy farmer near Balclutha in South Otago is in flood recovery mode. His farm is bordered by the Clutha and Pomahaka Rivers and both flooded. He says the only time he's seen the Clutha that high was back in 1978. One of the immediate issues last week was managing effluent ponds and that's under control now. This weekend a digger's coming to fix the laneways and take logs out of culverts that are blocked. Logs and wire from farms upstream need to be cleared from paddocks bordering the rivers. Cows are fine though and there's tons of feed around. Early scanning results are lower than normal. Milk production's down a bit too but a few weeks of late summer sun should have it back up to where it should be.

Western Southland had the rain but not the issues with flooding like areas further east. A farmer up the Blackmount Valley reckons they actually needed the rain but could have done with half as much as they had last week. It's certainly helped to kick in the late sown crops and paddocks have already firmed up enough to get tractors on to sow grass. Stock-wise lambs are ready to go away but congestion at the freezing works is holding things up. Lamb prices are dropping too. The farmer reckons its due to stock not moving out of the chillers as quickly as it has been. A visit to the Southern Field Days at Waimumu near Gore this week has given flood hit farmers a welcome break. Tons of bark chips on lanes ensured smooth passage for thousands of visitors wanting to explore the site. One farmer said it's a great opportunity to chew the fat with other cockies but it meant he didn't get to see nearly as many displays and exhibits as he'd planned to!