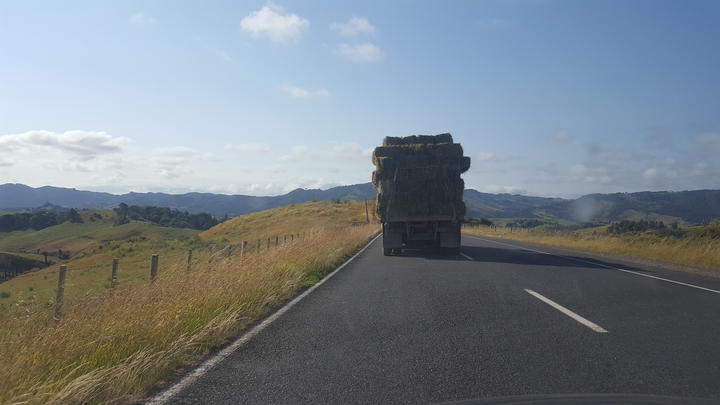 Taranaki could be heading for its driest January in 40 years and central Otago's waiting for its first drop of rain for the year.

Parts of Northland haven't  grown any grass this year - kikuyu is growing on heavier soils but even it's struggling in the heat and the dry.  It feels like late February.  Bull farms are trying to sell stock where they can - but there are so many animals headed to the works some people are only able to get 20 percent of the stock they want to unload, killed.  Some farms have silage or baleage on hand but others don't so those farmers are just making sure there's good water and are accepting cattle will only put of a fraction of the weight they would typically gain at this time of year.  Milk production on dairy farms is slowing down considerably. The bull schedule has dropped 50 cents a kilogram.

We were told some useless drizzle was falling in Pukekohe on Friday morning. There's been no significant rain for a month.  Main crop onions  are being dried off and removed to the packing sheds with harvesting machinery creating dust clouds so thick the operators are struggling to see what they are doing. The ground is very hard so unless irrigation has been applied to potatoes before the digging machines operate, skins are being damaged during harvest . Some growers are having issues with insects in crops - they enter the ground through the cracked soil  - that may  get worse if the current dry weather continues. 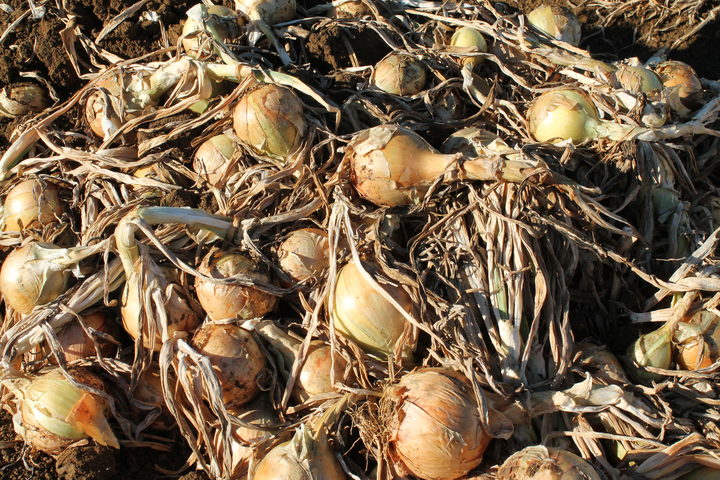 Southern and eastern Waikato isn't as dry as central and northern parts of the region.  Feed is getting tight and lots of farms have moved to once a day milking - which, in some cases, is months earlier than usual. If there's no significant rain, it's expected lots of herds in the driest areas will stop milking by the end of February. .A  lot of supplement is being fed - and the price of palm kernel has jumped.

On sheep and beef properties the hills are drying out. Southern King Country's not looking too bad because it had some rain. Lamb prices have dropped back a bit .

Apart from a scanty two millimetres,  parts of Bay of Plenty haven't had any rain since Christmas.  Two weeks of wind followed - which will have caused wind rub damage in kiwifruit.  A lot of thinning is taking place - an indication pollination was good. There are signs there could be record volumes of kiwifruit this year.  Kiwifruit orchards are selling - the same can't be said of dairy farms. They still have feed after a good October November and December but need rain now  - unfortunately it's not in the forecast.  The farmer we speak to is milking once a day - in the morning - the team's finished by nine and are relieved not to have to work in the heat of the day.

The first three weeks of December were wet in Taranaki and since then there's been one day of rain that delivered between 10 and 18 millimetres .The ag consultant we speak to says Taranaki is on target to have they driest January in the 40 years he'd been collecting rainfall data - but there is another week to go.  Then there's February to come - which is usually a dry month.  He says it's been unpleasantly dry -  cold and windy and the sea's pretty cold too.  The province is still reasonably green though. Some herds are still on all grass but others are being topped up with supplementary feed.   Milk production's holding quite well.

Across the Island and rain ten days ago around Gisborne has been enough to keep the region ticking over.  There's plenty of feed but water is a bit of a worry.  Autumn didn't deliver its usual storms to fill up dams so they're drying up more quickly than most years. It's all go for the squash and corn harvests. 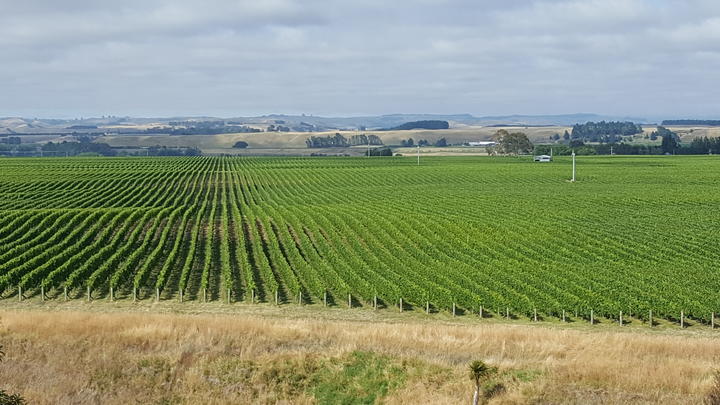 Hawkes Bay's plum growers are in the thick of their harvest too - the fruit's looking great this year - big and juicy.  And there are lots of varieties to choose from. Pastoral farms have turned their Hawkes Bay summer hue, but a farmer says it's nothing out of the ordinary and stock are doing fine.

Manawatu and Rangitikei farms are starting to get a bit dry in places and farmers are unloading stock. Killing space is hard to get.

We're told that in Wairarapa, God has been out with his big brown paintbrush . There's been precious little rain and people are buttoning down for a big dry.  The wind's been horrible - it went on a month longer than usual and does a lot of damage to already dry soils.  Lambs have done well though - they're nice and heavy.

Apple growers in in the Nelson/Motueka region are flat out thinning smaller and marked fruit from trees. Thinning's underway in kiwifruit orchards too. It’s very dry and temperatures are above average so irrigation systems  are going full bore. Water restrictions on Waimea Plains are expected to start next week. 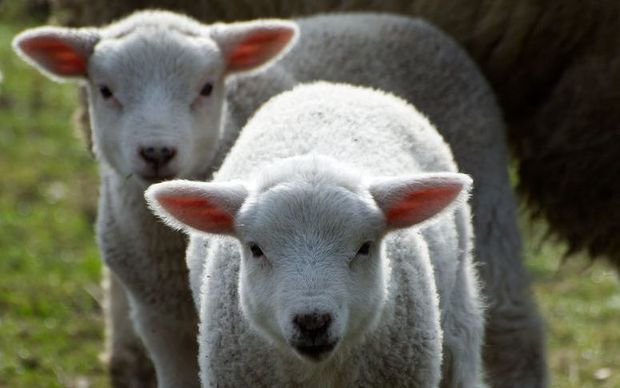 A hill country farmer near Blenheim in Marlborough says only 2 millimetres of rain has gone into his water gauge for January but there's still feed on hand. Most hill farms have finished weaning while high country properties are just getting into it. The lamb schedule has dropped back a bit from the record pre-Christmas high of 150 dollars.

It's a busy time in the province's vineyards. Our contact says his pinot noir and chardonnay grapes are moving into the veraison or onset of ripening stage. The sauvignon blanc variety's not far behind. Currently the vineyard's carrying 19 to 20 tonnes a hectare. This will be reduced to 17 tonnes for harvesting. Everyone's busy with botrytis control programmes and are making sure the vines are getting enough water.

A West Coast dairy farmer at Rununga says it's hot and dry. Some of his paddocks are starting to go brown in patches. There's there still enough grass around for his cows but he says farmers are starting to buy in  supplementary feed. Milk production this season's doing okay but is down on last year. Most bulls have been taken out of paddocks and pregnancy testing's underway. Spraying's required on this winter's brassica crop due to an infestation of hungry insects. 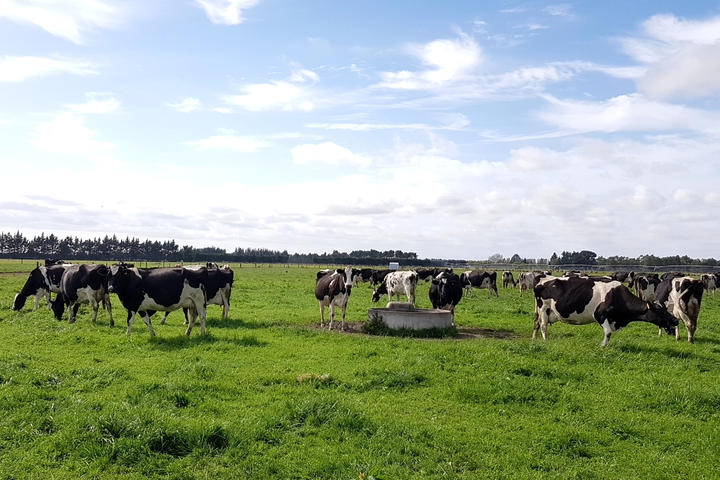 So far Canterbury is experiencing a hot dry summer and the forecast is set for this to continue. Region wide fire bans are now in place. It's not all bad as the weather is great for harvest on cropping farms - it's just beginning.

Central Otago had a good amount of rain last year but so far in 2020 there's not been a drop. A farmer at Oturehua says everyone's into weaning and crutching and they're sending the first draft of lambs to the works.

Coastal Southland's gone from very wet and windy to hot and dry. Out contact who farms at Waimahaka says the ground's starting to crack in places and fire restrictions are in place. Cows are getting a top up of fodder beet and scanning's due start next week. All the tractor work's done and Winter crops that went in prior to Christmas are growing well but could do with a drink. The farmer, who also has sheep, says he's weaning late as he's had the sheep on young grass before the cows, because they have a lighter footprint and they clean up the weeds!