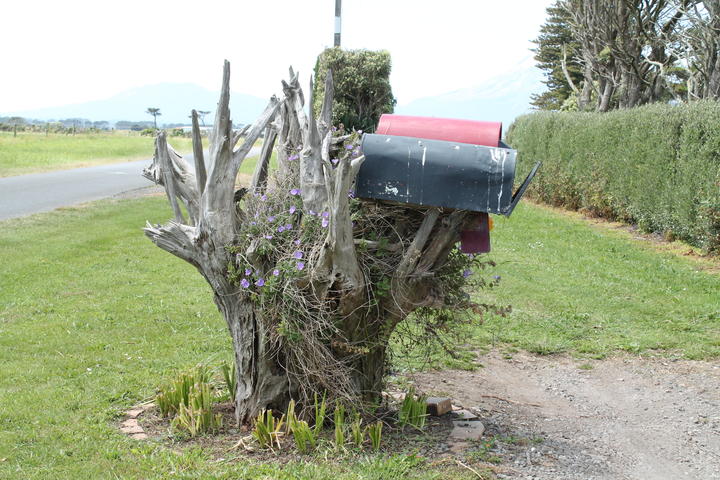 Soil moisture is top of mind for most farmers in Northland. Pasture cover is not as good as this time last year and farmers are wondering when the rain is going to come. Despite that, the word on the street is that sheep and cattle prices across the board will remain strong going into Christmas and farmers are in a positive mood regarding returns but they're still harbouring concerns over compliance issues.

Around Pukekohe, the week started dry with wind from mid mornings maintaining cooler temperatures. A showery change was forecast at the end of the week but little rainfall is expected and irrigation is operating. The first of this season's garlic is being harvested and may continue to the end of December. Onion crops are looking better although there are isolated patches of white rot disease. Moderate yields of potatoes are being dug. They're coming out of the ground nice and clean.

Waikato has had a dry spell this week. Silage and hay is being made. Crop planting is just about done and dusted. Milk production is tracking similar to last year and d airy farmers have their fingers crossed as they wait for the results of pregnancy tests. They're pleased at the signals from Fonterra of an upward milk price and, while they have a high level confidence, a consultant told us they are still being cautious with their spending. Dairy cow sale prices are better than expected with demand for Bovis free cattle coming from the South Island.

Soils are way drier than normal in Bay of Plenty orchards. In the north of the region, moisture is 50 percent below normal and in the south, 30 percent down. Higher altitude orchards are at full flowering right now and bees are busy. Growers are awaiting a Zespri decision expected next week on the release of the new Red cultivar which has been on trial so far.

It was a beautiful day in King Country when we rang. Farmers have been out docking and shearing during another week of fine warm weather. Lots of farmers are cutting a second load of silage. Grass is still growing and store stock are fetching great prices .. cull ewes are fetching 140 to 150 dollars. A farmer says it would be nice to see wool prices come right now and at least cover the cost of shearing. 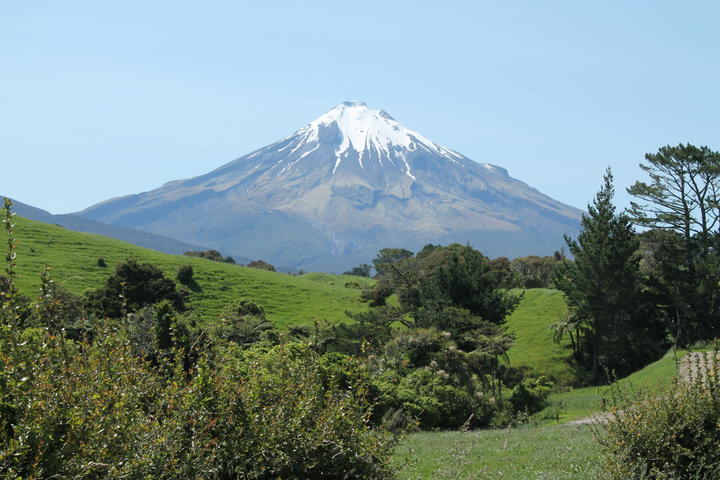 The Australian bushfires have likely contributed to hazy skies in Taranaki. It's been dry, warm and windy. But pasture is looking lush and grass is still growing despite the lack of rain. Contractors are flat out making silage.

Despite spring starting later than normal in Hawkes Bay, the season caught up and cherries are being harvested. The weather's been exceptional for orchardists over the last month but, like everywhere else in the North Island, they could do with some rain. A consultant says lighter soils definitely need irrigating.

Gisborne's  had some scorching hot days and rain's needed here too.  It's full on on the farm with weaning underway. Some amazing prices for lambs are being recorded ... more than 200 dollars for the odd one. That's because of exceptional demand from China and a helpful exchange rate. Caution around bank lending could be holding up one or two farm sales. There's angst still about the freshwater proposals and more clarity couldn't come soon enough but, in the meantime, farmers are getting on with fencing and planting their waterways.

A Wairarapa farmer tells us the weather's on the cusp of changing from immensely favourable to the opposite. It's been hot and a little windy and the rain that was forecast for next week is looking less likely. Fodder crops which went in late have struck and are looking good. Lambs are being weaned, baleage is being made, there's even been a little haymaking. Ram buying has started and bulls are going out around the region. Vineyard workers are busy moving wires to manage the leaf canopy as the fruit develops. Some vines are flowering already. 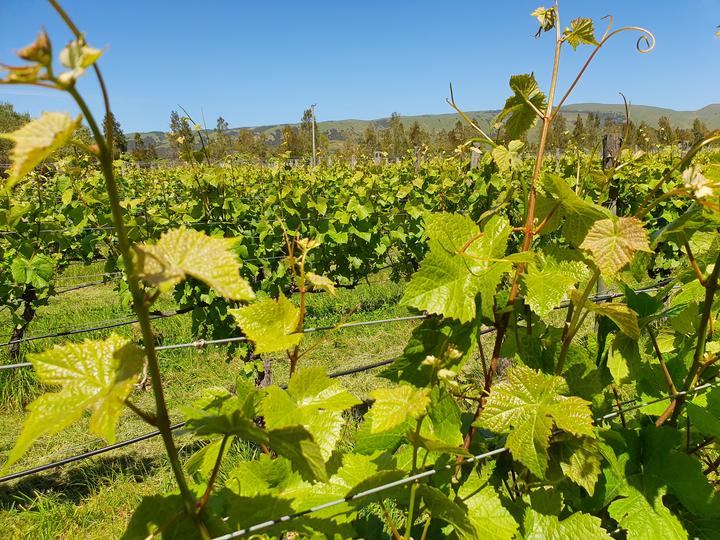 The Nelson region's drying out very quickly and farmers hoping for rain- they do have lots of feed on hand though and are busy making silage. Irrigators are being cranked up . Dairy farms are coming towards the end of mating and sheep farmers are looking at sending off their early lambs.  Grape vines are looking good and hops are hitting the tops of poles. There's been quite a bit of land use change into hops, as the craft beer industry expands so does the amount of land in hops.

Marlborough's more than dry. Its had a 32 and a 33 degree day this week and farmers are having to move quickly into summer mode. Farmers are drafting lambs - hill country lambs are about three kilograms lighter than last year - that's being put down to a cool, wet October.  Despite having been an average sort of spring, prices for beef and lamb are the best ever. The farmer we spoke to says beef's 'going off' at $6.20 a kilogram  and he's expecting a 'brilliant' 130 to 140 dollars for his lambs. He's also a producer of mid micron and fine wool -they too are commanding a premium.  His Corriedale wool goes into knitwear and his merino heads off shore and is made into fine wool suits.

The West Coast's been a bit drier this week - at last.  Kowhitirangi - which is about 20 minutes from Hokitika has had about a metre of rain this month and the farmer we called has had between 400 and 500 mils at his place.  He says there's not much grass around and he's having to feed supplements.  He thinks he'll move to once a day milking shortly because he says there's not much point  milking twice day to get the same production and he can't justify buying in feed for the rest of the season. He says if cows walk less, they put more milk into the vat.  Every kilometre they are from the shed costs a litre per cow per day. He says in the last 10 days, he's put 20 percent less in the vat that for the same ten days last year.  The good news is the snow's disappeared off the hills and that should mean the weather will improve. 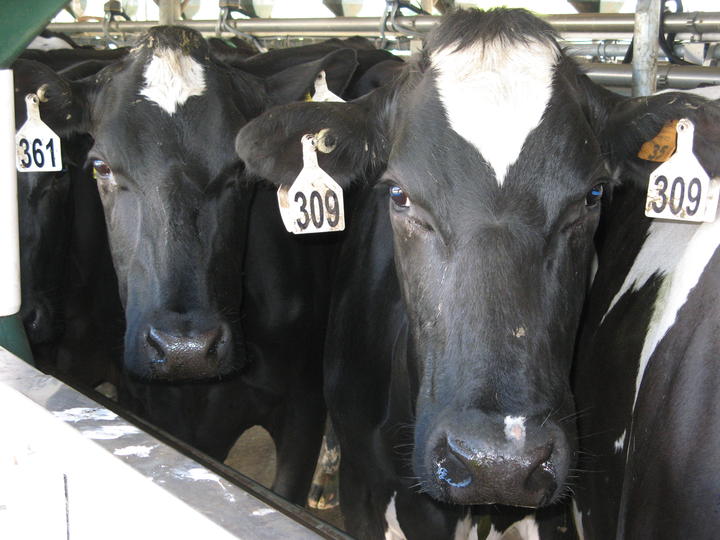 In North Canterbury it's been incredibly windy - which has been a bit testing if you are trying to spray to direct drill crops.  Farmers are looking forward to a southerly change - it's been hot and dry.  Most farms are getting their lambs away,  prices are fantastic. A farmers says she's had prime hoggets make 220 dollars and prime lambs are fetching more than 200. She says that's why sausages and lamb chops are so expensive!

Around Balclutha in Otago, conditions have really improved in the last week. Baleage can now be made and crops are in the ground. It's been too difficult to get onto parts of some paddocks so patches of grass have had to be left rather than made into silage.  It's been a hard slog over the past 6 weeks with too much moisture and not enough sunlight. Sheep and lambs need ot perk up  On dairy farms milk production is holding or dipping and people are wondering how well mating has gone.  Farmers have been feeling a bit gloomy and stressed - they're trying to get as much work as possible out of the way before Christmas so they relax for a couple of days with their families.

Southland has warmed up and is in reasonable shape - rain's not as prevalent as it has been and there's finally a grass surplus on most properties. Stock are looking happier now it's stopped raining. Last Friday the Dipton area was hit by very high winds which brought down a lot of trees - some of them taking power lines with them and, in one case, hitting a transformer as well. .