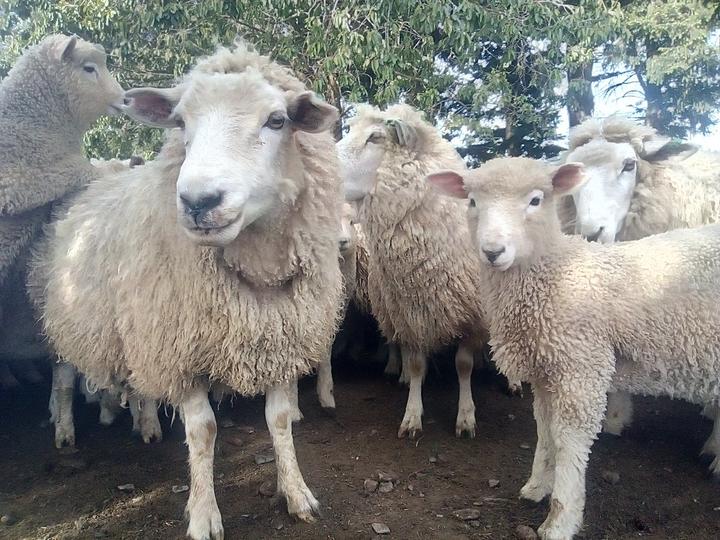 It's bordering dry in Northland despite a few showers earlier in the week, but there's still enough grass which is keeping beef farmers pretty happy as are the prices they're getting at the works. The cattle kill is starting to pick up speed with prices up -  bulls are fetching $6.40 to $6.50 per kilogram.

Around Pukekohe, cool temperatures with rain earlier in the week changed to fine weather by Friday. The  predicted drier days for the coming week are bringing warmer temperatures which will likely see a lot more irrigation in action.

Waikato also had some nice welcome rain earlier in the week. The region's needing every bit of moisture especially with a dry period coming up and playing catch up after the dry autumn. Despite that, the feed situation is pretty good. It's "full noise" on the farm with docking still happening on Central Plateau farms, shearing coming up and weaning underway. Beef is fetching amazing prices underpinned by competition in export markets and better exchange rates. As one consultant says, sheep and beef farmers are going through a "purple patch" at the moment, on farm at least.

There've been a lot of cold southerlies in Bay of Plenty but a consultant told us Friday was looking to be a "delicious" day. The bees are busy pollinating Hayward kiwifruit and orchardists have started irrigating. 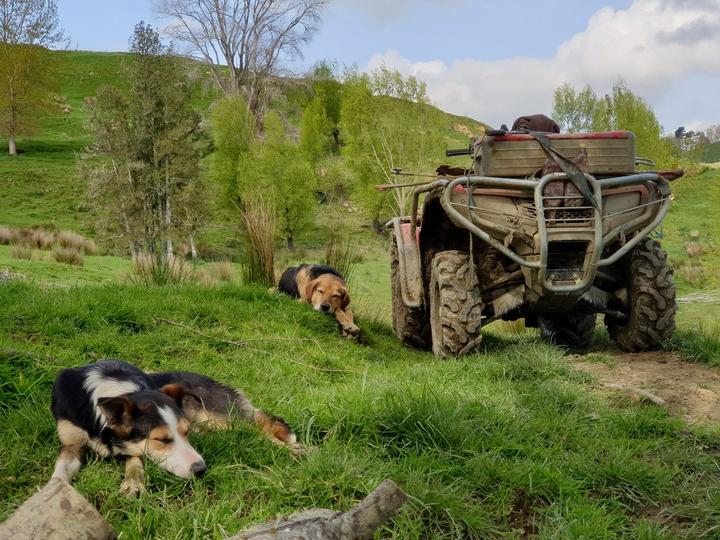 In King Country the weather's been great and farmers have been able to tick off the jobs that need doing. It's been a bit chilly and one farmer, who looks out at Ruapehu, says the mountain is still snow-clad although its neighbours are starting to lose their cover. There's been enough rain and sun this spring and some farmers are starting to shear ewes with lambs at foot. Dairy farmers have nearly finished artificial insemination and are into weaning. Silage is being made.

The week's fined up in Taranaki after a wet start and it's a job keeping on top of the weeds. A.I. is still underway, maize crops are in and growing well.

Everything is ticking along nicely in Gisborne which had a few showers earlier in the week to keep the green top and pasture growth rates up. Lamb weaning has started and there've been some outstanding results. A consultant says instead of the normal $120 they're getting $170 for 18.5 kilo lambs. Sheep and beef prices are expected to remain very buoyant as long as the region keeps getting showers. The maize crops have gone in and apple orchardists are busy thinning and preparing for the season ahead.

It's cooled off slightly in Hawkes Bay but generally orchardists have no complaints about this week's weather. Irrigation is starting to crank up with top soil drying off. Thinning's full on in apple orchards and, with labour the biggest challenge facing growers, a consultant says anyone prepared to work should get on up to the Bay. Damage to apples from the two hailstorms this spring may be able to be thinned out, but it's looking like the crop will be down 3 to 4 percent. The hail made a much bigger dent in the stone fruit crop. 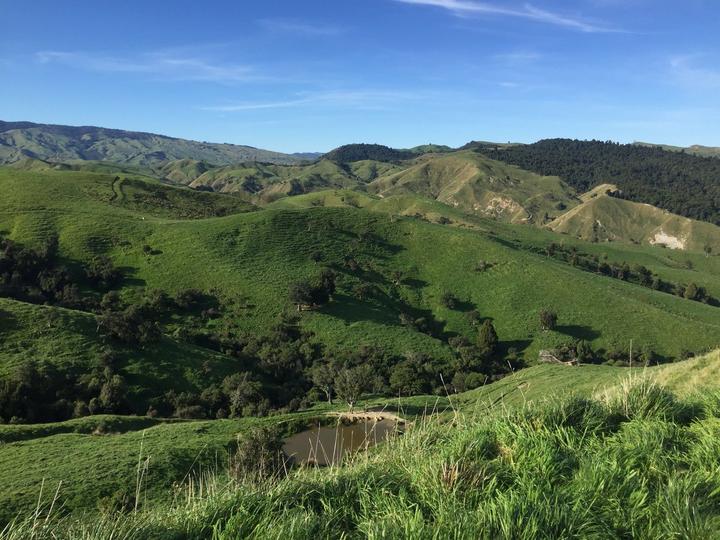 A farmer in Rangitikei is pleased he's ahead of his schedule after a gang of English shearers floated past and he's been able to get all his shearing done before Christmas. It's a challenge finding good young people up for the job and when they're keen it's good to give them the opportunity. It's been cold but, with the longer daylight hours, pasture growth is steady and cover is fine. There's been a lot of constructive talk outside the farm gate this week, with Federated Farmers gathering in Wellington. The farmer we spoke to says farmers  are up for the challenges facing them.

A Wairarapa arable farmer is crossing her fingers that once again there'll be no pea weevils  found in the latest trap pea crop they've just sown. These trap crops are on 15 sites around the region and have been set up to lure any rogue pea weevils. There's been a ban on growing peas in the region since the pest was discovered there in 2016. Farmers should know in February whether the ban can be lifted. Wairarapa's had periods of rain amid the heat and wind this week that will keep paddocks green and lush. 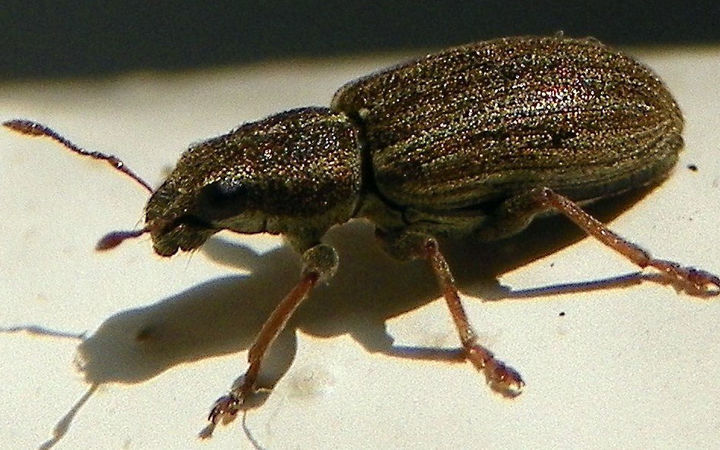 Everyone's in the thick of hand thinning in apple orchards in the Nelson/Motueka region. Cover sprays are going on but thankfully the worst period for the black spot disease has passed. Irrigation systems are being turned on now that the ground's starting to dry out.

Marlborough's finally transitioned from what has been a fickle spring into summer. Lambs that have been finished  are being sold but due to cool early spring conditions they are two or three kilograms lighter that normal. Price-wise our contact says he's getting $9 a kilo at the works so he's extremely happy. Ditto for beef stock that he's selling at $6.10 a kilo. The market's very buoyant with most animals weighing in at about 320 kg on the hook. In paddocks there's been a drop in feed quality as things dry out, but this is expected. All prep work for autumn sowing is done. In the provinces vineyard flowering's started in Chardonnay and Pinot blocks while the Sav Blanc variety is about a week away. Spraying continues for powdery mildew.

Now that the skies have cleared and the sun's out everyone's out making as much balage as they can in North Canterbury. The first draft of lambs have gone to the works at an average of 18 kg and people are getting mobs weaned.

A farmer at Hokitika on the West Coast says it's been very wet over the past couple of weeks. Grass growth has been too slow on his farm to make any silage and he's started putting fertiliser and effluent onto paddocks to encourage growth. Milk production has dropped too due to the lack of feed. A.I. has been challenging. Due to the weather cows have had their tails down and bums to the wind breaks so it's been hard to pick which cows are cycling. Because of the muddy conditions some people have yet to put winter crop paddocks back into grass.

It's been another wet week in South Otago. Every day there's been an extra  5 or 10 millimetres in the gauge and the ground is saturated. Getting tractors into paddocks to top pasture to keep the quality up has been challenging. As a result milk production is down. Out contact says his bulls have been out for three weeks for mating and he's hoping the conditions do not impact too much on conception rates.

Southland's wet underfoot. A farmer at Blackmount in the east of the region says he hasn't been able to put any crops in yet. If the weather holds over the weekend, though, he'll hook on the plough on Monday and start working over the land. Feed levels and stock are okay. The farmer has just finished the bulk of tailing with the tail count sitting at 145 percent. The hoggets are still to come. On dairy farms overall milk production for the region is back on last year by between 5 and 10 percent. This is mainly due to low grass quality and wet conditions.