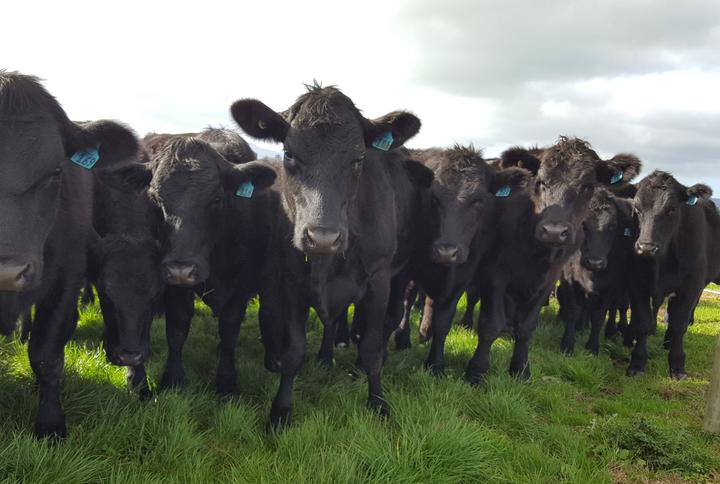 The end of the week brought lovely spring rain to Northland. It also brought out buyers for cattle. Recent cold weather had put them off . Prices are holding and there's strong demand for well -bred cattle. The price drops off noticeably for those that aren't. The stock agent we speak to says scungey old ewes are fetching 140 to 150 dollars each - he says you'd pull your teeth out on their meat if you tried to eat it. A few farmers are trying to buy dairy herds early - they want the first pick and are putting contracts on herds that'll be available on the first of June next year.

Around Pukekohe, rain moved in on Thursday and Friday but the first three working days were fine and much warmer. There has been an acceleration in crop growth. Prices to growers are remaining suppressed. There's nothing like the school holidays in conjunction with a multimillion dollar lottery prize to reduce demand for fresh vegetables!

Warm rain in Waikato will give pasture a boost. Herds generally hit peak milk flow between the 10th of October and the 20th - no-one's sure if it's peaked yet.   Maize crops are being sown.

It was pouring when we rang Bay of Plenty and our contact there was due to host a field day on his orchard in half an hour.  The visitors were coming to hear about how he was going to manage the huge bud break in his gold kiwifruit.  They'd have to eat their bacon sandwiches in the shed.  Mating has started for dairy herds near the coast. 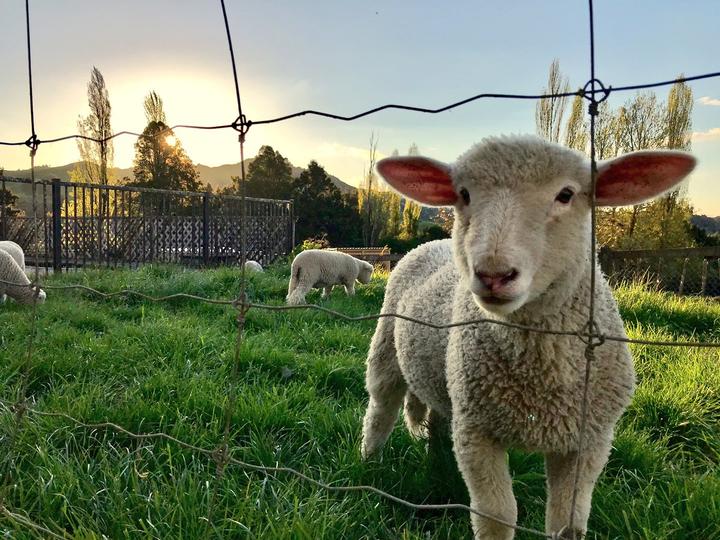 King Country had a run of four good days but it started hosing down on Thursday afternoon and again on Friday morning. Near Taumarunui it was also cold enough for farmers to have to rug up again. A fair bit of docking has been done this week - results aren't brilliant - ewes have survived well but it seems some may have lost one of their twin lambs.

Taranaki has had a very slow spring after a good winter and growth is coming in bursts.  There's very little surplus feed about and supplements are still being fed.  Milk production is up but could be up further if the weather co-operated.  There's a lot of angst in Taranaki about the government's fresh water proposals and some very strong opposition to them.

Little grape clusters are becoming visible on Gisborne's grape vines  - the shoots are about 20 centimetres long and are being thinned and put in the right position for the coming season.  It's been mild and pleasant and people thought the season would run early - in fact it's two weeks later than usual.  Remarkably dry weather's been a boon for grape growers but not for croppers. A renaissance of people drinking Chardonnay has seen more go into the ground.

Pasture growth is picking up in Hawkes Bay. The ground's  a bit crusty on top . Show day is coming up in about ten days and there's an understanding amongst old timers that  if you've good feed by show day you're in a good spot. Farmers also like to have docking done and dusted by show day.  It's a real mark on the calendar.  Lamb survival rates have been good.

Rangitikei was getting nice, warm rain when we called - that's after a week of good weather.  Lambs are doing very well and there's lots of paddock work and cultivation going on for summer forage crops. The farmer we spoke to had been busy sending 250 service bulls around the country following a bull sale on his farm. 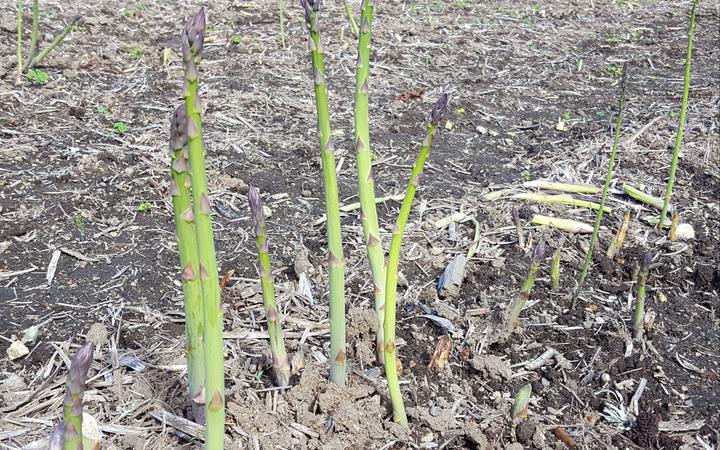 Glorious heavy rain fell in Wairarapa on Thursday night . The grass is absolutely bolting. Sheep farmers are docking as the weather allows.  It's all go on farm with mating starting on dairy farms too.  Winter and spring have been so gentle everyone’s wondering when things will turn to custard. The hill country's looking lovely and green.

And we've had a note from the  Farmer's Market Association - which reports avocados are plentiful in most regions - they're not badly priced either. Asparagus is making an appearance at central and northern markets, with small quantities in Canterbury too. The first of the seasons early strawberries are also finding their way to market but again in very small quantities. And fresh milk's in plentiful supply at markets now the season's in full swing.

In the Motueka area, the kiwifruit gangs are starting to build up for flower thinning. It's been pretty good weather with some welcome rain towards the end of the week. The orchards are running between four and seven days later than in past years but our orchard consultant says that's OK. Flowering on apples is strong across the district and the season is shaping up nicely.

In Marlborough, with cold southerly changes coming through this week, a vineyard owner says there may have been some frost damage to Chardonnay and Pinot vines. But the main Sauvignon Blanc crop is OK as it's still coming into leaf. Drying winds as well meant the 16 millimetres of rain received on Thursday night was a good top up. A consultant says people need to be preparing their irrigation and not leaving it to the last minute. On farms there's good feed supply, stock are doing quite well and docking is underway. Farmers are talking about the water proposals and environmental issues and our contact says there's an obvious need for all sides to get around the table and talk.

A dairy farmer on the West Coast was in his cowshed wishing for some sun when we called. It's been a little drier this week though and he says the paddocks are holding up. At Lake Brummer it was still very wet but   warmer. Even so grass growth is sluggish and the feed situation is tight. There's been a longer period of constant rain than is usual.

Canterbury has had a better week of weather which has allowed a cropping farmer there to get on with spring cultivation, applying fertilizer and weed spraying. Pasture growth is now kicking into gear, with some early silage being made. The last of the 2018 born lambs were sold this week at a massive $215. 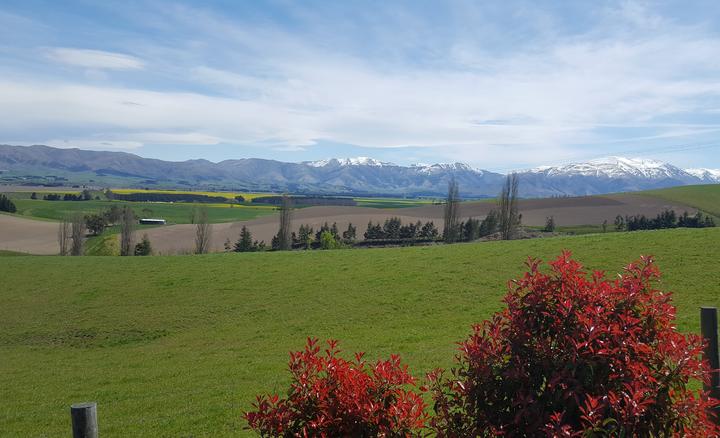 A farmer in South Otago told us he'd had some welcome rain this week. Lambing is well through and tailing is underway. Lambing percentages are average at best - the drier than usual autumn is to blame. The rain is holding him back from preparing the ground for winter crops. But no one's complaining because it was needed. Farmers are really grumpy about not being recognised for the significant amount of investment they've made into fencing and planting along waterways to benefit the environment. There's a lot urban people could do as well. Sheep and beef farmers are pretty happy because of good prices.

The buds have finally burst in Central Otago vineyards. They're about ten days later than normal because of unstable weather. Growers have been frost fighting but minus one degrees is nothing the windmills can't handle.

It's been a pretty miserable week in Southland with rain and strong westerlies. People are saying they're certainly paying now for a good winter. The farmer was rounding up bulls for blood testing when we spoke although his dog wasn't being as helpful as he could be! The rain's also meant it's been a challenge to prepare the ground for cropping. All bodies - animals and human - are looking for some sunshine! 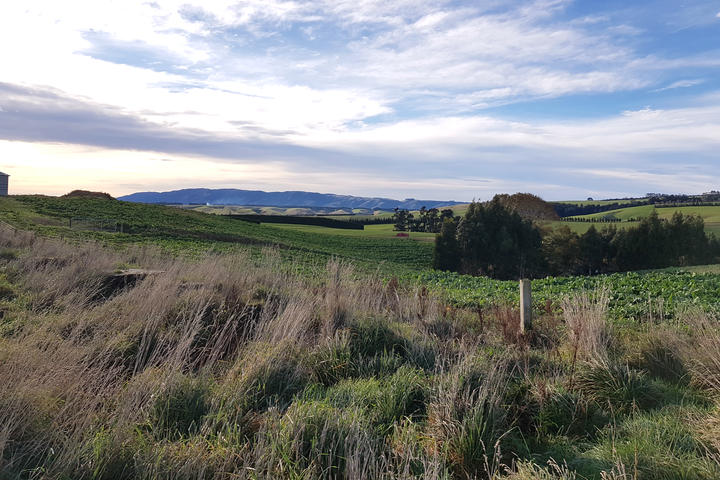