A big wet after the mild winter in Northland is causing some concern for dairy farmers as they move into the mating season but cows are in good condition with great grass cover and dams starting to fill. Thousands of lambs are coming to the area for fattening and doing very well on the new types of grasses planted after the kumara harvest.

Around Pukekohe, a welcome dry start to the week was short-lived and the weather turned again mid week and brought heavy downpours, showers, colder temperatures and low sunlight. Some crops have been damaged by hail and others have decided that they have had enough of the rotten conditions.  Growth has slowed  and the fields are waterlogged  - however they'll quickly dry out as soon as better weather arrives. 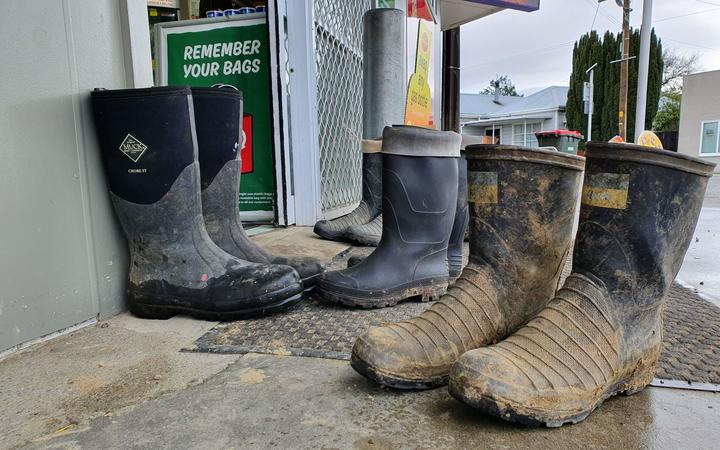 Outside the dairy in winter Photo: RNZ / Sally Round

Calving's about 85 percent through in Waikato and that's starting to put on a wee bit of pressure in the feed department although spring's just around the corner. Calf rearing's going well with good heifer replacement numbers. Pasture and feed supply is generally in good shape and the consultant we speak to says there's an air of confidence among sheep farmers with signals of high demand out there as opposed to an air of caution among dairy farmers. They're keeping their hands in their pockets.

In the Bay of Plenty wet weather has been slowing up the avocado harvest but shipments are heading out over coming weeks to Australia, Korea and other parts of Asia where there's big demand 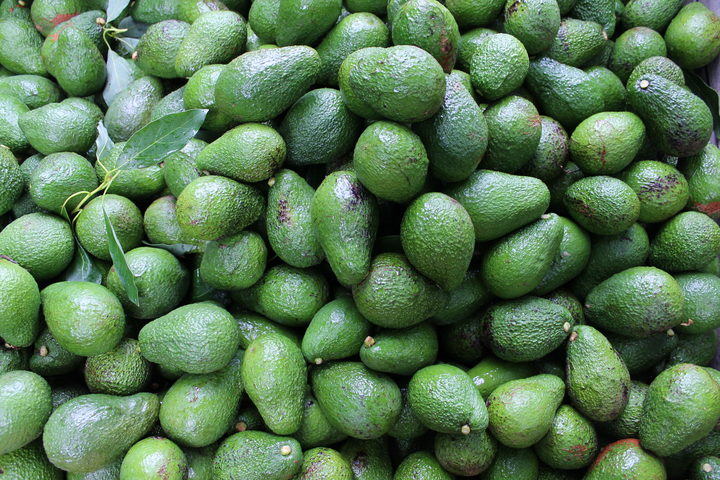 It's still wet underfoot in Taranaki after a damp and cold week and a big frost on Monday. Calving's proceeding well. There's quite a bit of snow on the mountain.

After being badly hit by storms this time last year sheep farmers on the East Coast are enjoying a dream run with lambing in full swing. It's been a great season so far, too dry if anything, which is a slight worry going into spring and summer.

There was a ferocious frost in Hawkes Bay on Tuesday morning - minus 3.5 degrees in some orchards - but damage is likely to be limited because the season is running about a week later than normal. Drier than normal weather and a lot less mud has made it easier for those doing the winter jobs like pruning and spraying. Some of the early summer fruits are in flower like nectarines and apricots, but cherries are a long way off.

Things are starting to get a bit stressful for sheep and dairy farmers in Manawatu with more rain and cold and waterlogged soils. It's colder now than in June or July and they're hoping for a bit of sunshine to get the grass growing. After a mild winter they've gone from cruise mode to just keeping more of an eye on things. Calving's more than half way through but the bulk of lambing's still to come. 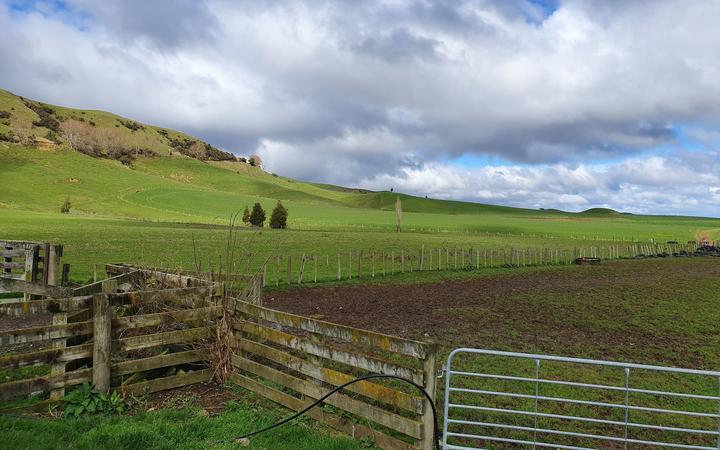 Sheep and beef farm in Manawatu Photo: RNZ/Sally Round

After a cold weekend it's back to weird, warm weather in Wairarapa apart from a couple of frosty starts this week, with days warming up quickly. One South Wairarapa farmer says not having the long cold southerlies this winter has been great. His early calving's about two thirds of the way through and lambing among mixed aged ewes is about to start. Most vineyards in the region are nearing the end of pruning. One vineyard manager says there's been more vigorous growth than normal due to rain last year and that means extra labour costs but they've had enough hands in the vineyard to wrestle with the vigour and things are on schedule. 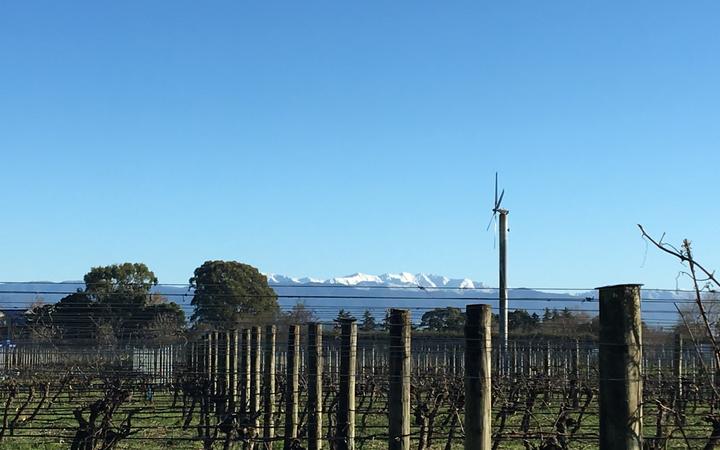 Fresh snow on the Tararuas behind a Martinborough vineyard Photo: RNZ/Sally Round

Pruning in orchard blocks has been a stop start affair in the Nelson/Motueka region after a showery week. On Wednesday night 30mm was in the gauge after a northerly storm passed though. Friday's fine though and once conditions dry up, growers will continue planting new trees and setting up irrigation systems in apple blocks. In stone fruit orchards there's been some early bud movement.

Marlborough's had some rain too and a couple of frosts. Our contact up the Waihopai Valley says lambing's over the half way point, survival rates are good and tailing's in full swing. He says now that pruning's finished in his vineyard he'll look at getting some fertiliser on soon.

The farmer we rang near Hokitika on the West Coast told us it was jolly wet - but in a more colourful way!  He's given up measuring how much rain has fallen but knows the soil is full and it's been hard yakker farming lately. He thinks there've only been five or six days with sunshine this month. Calves are arriving in muddy conditions - his herd's about half way through. He says he's supplementing the cows' diet with silage and straw because the grass is so waterlogged it just doesn't have any guts in it. Yili - the company that's taken over Westland milk - is giving farmers a better opening advance for the season than they would have received under the previous regime.

Canterbury's had a mixed bag of weather with probably the hardest frost of the winter  at the start of the week. Paddocks are sticky which is limiting the amount of spring cultivation and sowing particularly on heavier soils. Pasture growth is slower than it was earlier in the winter. The farmer we hear from is currently preparing two paddocks that will be sown in hemp for fibre production, alongside areas for radish, barley, and fodder beet crops. 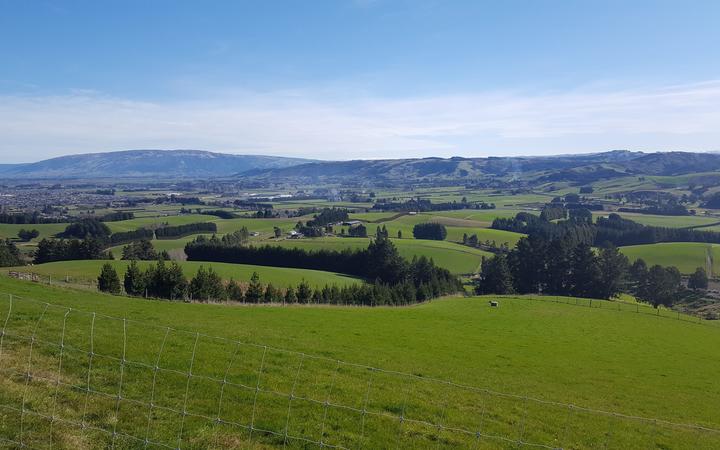 Central Otago's taken a cool turn. There's been snow on the hills and some good frosts - which will check pasture growth and knock back lucerne that was starting to move. It had been pretty mild and blossoms were even appearing in warmer spots in gardens.  So far not too many lambs have been born.  Pruning in vineyards is coming to an end .There's quite a bit of rabbit control going on at the moment. The second strain of RCD released 18 months ago seems to have worked in some places and not others.

In South Otago the weather's been fabulous with sunny days and clear blue skies. That's allowed the ground to dry out a bit. Dairy farmers are in the thick of calving. The farmer we spoke to says he wore shorts for the first time this week - and then admitted they were under his overalls - but says even so it's a sign the seasons are definitely changing. 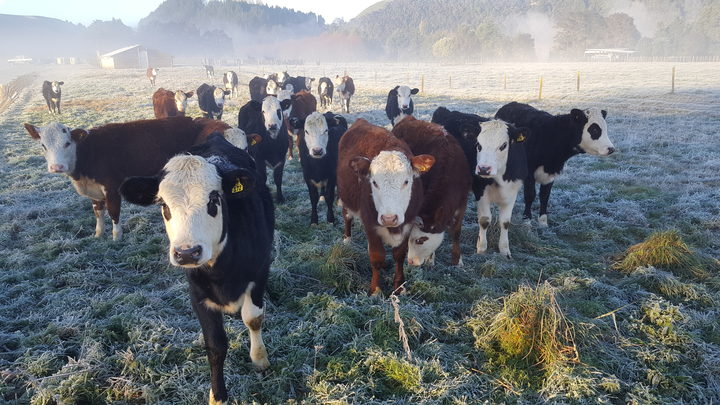 Southland's had frosty mornings and sunshine and sheep have even managed to dry out enough to be shorn.  It had been dreary and damp so farmers and animals have loved having the sun on their backs  A lot of people are set stocking ewes for lambing - which means they stop moving them to feed them and put them in a paddock to settle down and camp up.  Our contact says at this time of the year he checks on his ewes twice a day to make sure they haven't become cast.  They're heavily pregnant and quite fat and if they're in a flat paddock they can roll over and may not be able to get up. On a warm day he says he'll have to right three or four in each paddock. Southland's dairy farmers at the the half way mark for calving.