Ours: Dame Anne Salmond and the silver fern

These are the originals. The ferns that spawned a million flags, t-shirts, logos, earrings and rugby jerseys. The ferns that first connected Aotearoa with the wider world. In this case that 'wider world' was the crew of Captain Cook's ship Endeavour; in particular botanists Joseph Banks and Daniel Solander. 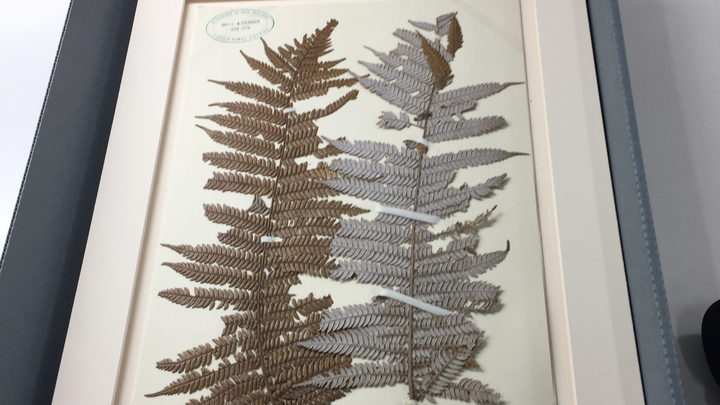 For it was those two men - accompanied by their servants - who plucked these two ferns from obscurity in 1769 and added them to the collection of wild and wonderful natural tit-bits they were gathering from around the country. They had sailed off the map and into the unknown and these two silver ferns were part of their haul of mysterious plants, new and exciting to the eyes of all except the tangata whenua.

"It was this breath-taking moment," says historian Dame Anne Salmond, "when they had all this new, amazing wealth of new forms of life that needed to be collected and classified and if possible preserved and then taken back to England so they could be studied." 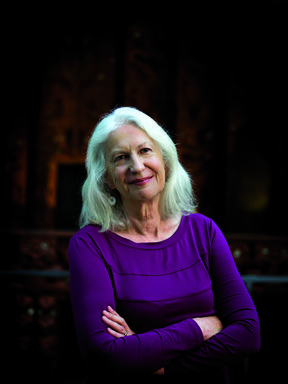 “I’d characterize it like kids in a lolly store type thing," adds Te Papa botany curator Leon Perrie. "As botanists, what you’re doing is you dream of finding new species.  And here they come into a country where no European has landed before and they are surrounded by all these plants that are new.”

The ferns are now in Te Papa's care and are the first item chosen for Ours, the podcast that explores 20 objects that help explain who we are as New Zealanders. The silver fern takes us back to 'first contact' days, but is also as current as the 2015 flag referendum and the next All Blacks test.

The silver fern has become New Zealand's de facto national symbol, and while it's now most associated with sport and environmental causes, Salmond says it should also remind us of our scientific roots. The Endeavour, remember, was sponsored by the Royal Society of London as well as the Crown.

"So I think our country is, as far as I know, the only nation whose shared history began with a scientific expedition.”

When Cook and Co found the coastline around what is now Gisborne, they thought they had found the terra australis incognita. The Great Southern Land. It was like landing on the moon.

The plants they found were things of wonder, and so are an apt way to start the series. Over the next five months we'll be telling the stories behind 19 other taonga from Te Papa, in celebration of our national museum's 20th birthday.

Ours: Treasures from Te Papa is made by RNZ, Te Papa and Bird of Paradise Productions.