Before Church & AP's 2019 hit 'Ready or Not' was even released, it had been picked up by Mai FM, played at Childish Gambino’s Pharos festival, and been the most Shazam-ed song in New Zealand. 'Ready or Not' was set to become a phenomenon.

And its success wasn’t limited to Aotearoa either – this homegrown hit made it big internationally too. Radio BBC 1Xtra discovered the song, and soon the boys were on a flight to the UK. Ready or Not, with its falsetto hook, banger chorus, and fresh vocals, was being played on repeat. 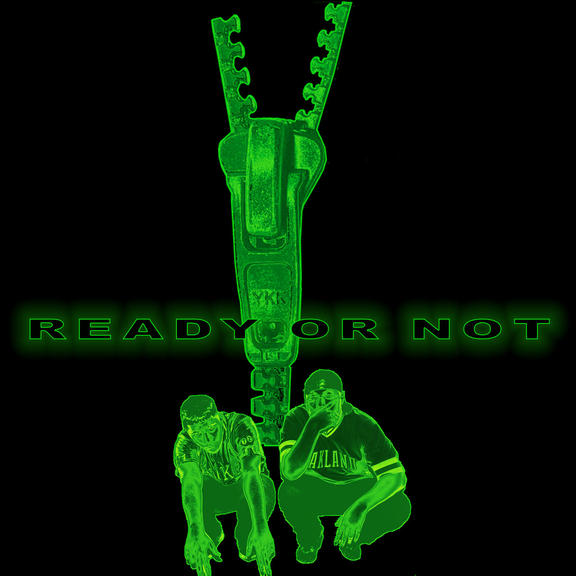 Artwork for Church & AP's 'Ready or Not' Photo: Supplied

Speaking about Church & AP’s international acclaim, hip hop artist Dirty says, “because of the internet, people aren’t just looking left and right and trying to be the best rapper on their street, you know. It’s like you’re actually competing with the world.”

Church & AP’s rise to the top didn’t come out of nowhere. The duo found a mentor in kiwi rapper Melodownz at a music program in their local community centre. He was one of the people who pushed the pair to continue with their music. Straight from school, still in their uniform, Church flicked AP the hook for what would become Ready or Not.

“These kids are like, so driven in what they know they ant to do and how they want to do it,” says DJ ILL BAZ. “It’s just their first, like, they’re not even getting started yet.”

The song, perhaps, crests a new wave in New Zealand hip hop which has been rising for some time: artists who take the history of Aotearoa hip hop, of international hip hop and build on it.

This episode tracks Church & AP’s speedy rise in the hip hop world and explores where the new New Zealand hip hop sound is heading. Because, ready or not, the future of Aotearoa hip hop is already here.

Church (Elijah Manu) and AP (Albert Purcell) are a rap duo who met at school in Auckland. Their music has plenty of other local artists featured, many who are mentors for the duo. Much of their learning has been credited to a community outreach programme where they learnt how to use software and record music as well as assisting in meeting plenty of their mentors. In 2019 they released their debut album ‘Teeth’.