Scribe and P-Money tell the story of their record-breaking hit ‘Stand Up’, which knocked international artists off the top of the charts and spent 12 weeks at number one.

In 2003, a track off the debut hip hop album by rapper Scribe rocketed to number one on New Zealand’s music charts. The song, ‘Stand Up’, beat out artists including 50 Cent, Justin Timberlake, the Black Eyed Peas and R Kelly. With it, Scribe became the first-ever Kiwi to have a number one single and a number one album – at the same time. 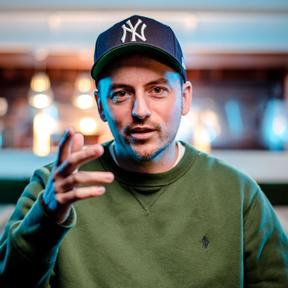 DJ P-Money worked with Scribe from the beginning, swapping beats in the form of cassette tapes through the NZ Post.

There was a feeling in the air of comradery within New Zealand’s hip hop community, “and Scribe wanted to create the anthem for it,” P-Money says.

‘Stand Up’ was that anthem. In it, Scribe name-dropped a raft of players in the Aotearoa music scene: Nesian Mystik, Footsouljahs, Time Bandits, Deceptikonz, Four Corners, and more. He included not only hip hop artists and breakdancing crews but rock bands as well.

“It was important to roll call everyone because, to me, hip hop is everyone,” Scribe says. “It’s about participation. It’s about including people. It’s about acceptance.” 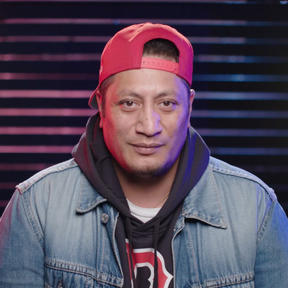 Scribe’s success was unprecedented. Almost immediately after ‘Stand Up’s release, he went from writing raps in his cousin’s laundry to getting mobbed by fans at the petrol station. The fame shook him.

“It was actually quite scary. Like, I didn’t like it… I’m getting fucking screamed at. People, like, yelling out, surrounding the car, banging on the windows,” he recalls.

At the time, no one in New Zealand could compare to that kind of fame. Scribe’s youth, anxiety, and natural introversion did little to help. It was the cost of being the first to the top. Scribe brought Aotearoa hip hop to the forefront of Kiwi consciousness, and swept himself forward with it.

This episode covers Scribe’s ambitious journey to fame, the shape of Aotearoa’s early 2000s hip hop scene, and the pushback he received from the music industry and features rare behind the scenes footage of the ‘Stand Up’ music video shoot.