In the words of Auckland hip hop duo Eno x Dirty, “he exudes hip hop and Pasifika as well.”

Kapisi grew up in Wellington but maintained a strong connection with his ancestral home of Samoa. He found inspiration in Samoan hip hop group The Mau, which fused hip hop with Samoan culture. For Kapisi, The Mau expanded the realm of what was possible in music. 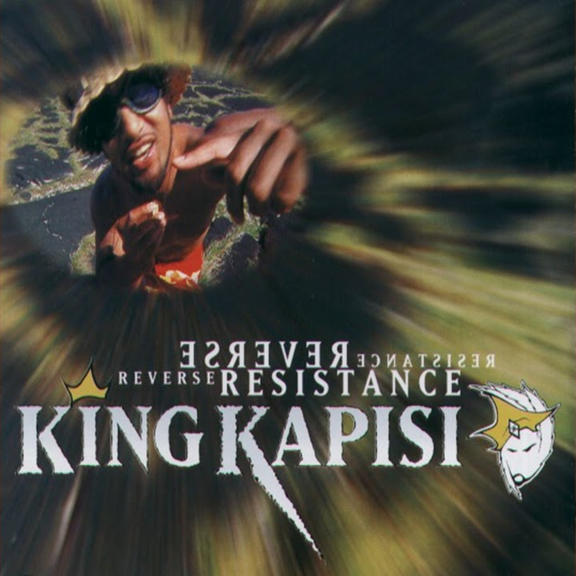 “I have a very strong cultural roots connection to my home of Samoa,” Kapisi reflects. “The difference between most rappers and me was that I was going to represent me and my hood, my country, and the area that I’m from. And so I make South-Pacific hip hop.”

This South-Pacific focus shines through. In his lyrics, rapped over stripped-back guitars, drums, and even an orchestral string section, he speaks of combating colonialism. He focuses on the religion it brought into Samoa and the lives it “fucked up”. The song stands in resistance to colonial power calling for its reversal.

Even Reverse Resistance’s music video, filmed on Savai’i, in his village of Fagamalo, works to this end. Directed by Kapisi’s sister, Sima Urale, it shows Samoa not as a commercialised holiday destination or a page out of National Geographic, but as a living place in its own right. It moves hip hop from the hood to the Islands.

NZ hip hop artist Melodownz recalls watching the video with his Samoan grandmother: “I’d never been to Samoa, so she was telling me about where things were and stuff in that video... It made her happy.”

Reverse Resistance is a dope, high-quality, well-composed song, but more than that – it is music as a tool and as a weapon. King Kapisi’s uncompromising style emanates Samoan pride.

He smiles, “I’m very, very lucky that my whole career I’ve made music that I like and I actually dig, and I can live with it because I don’t have to change for anyone. Just me.”

This episode explores how King Kapisi uses his music discuss the effects of colonisation, show Samoan pride and share the stories that matter to him. As Scribe says, “that’s why he’s the king.”

Bill Urale began his musical days rapping under the name Bran Muffin in his hometown Wellington. Several years later, he and Submariner (Andy Morton) were introduced and Bill changed his MC name to King Kapisi. Kapisi is the Samoan word for cabbage, a nickname Bill’s mother called him as a child. The two began working together in Submariner’s studio ‘The Hut’ and it was then that he signed with record label Festival Records in 1999.

King Kapisi is renowned for his politically conscious lyrics and in 1999 ‘Reverse Resistance’ was released winning the APRA Silver Scroll and being the first Polynesian to do so.

King Kapisi has released 3 albums and won numerous other awards and was a consultant for this documentary series.