Great Ideas is a series, recorded in collaboration with Victoria University, about the ideas that have changed the world. It looks at what it takes to change our perspective and considers why these ideas still matter.

They discuss revolutionary ideas like liberty, democracy and what a revolution actually is,and whether the United State's founding fathers would have approved of Donald Trump? 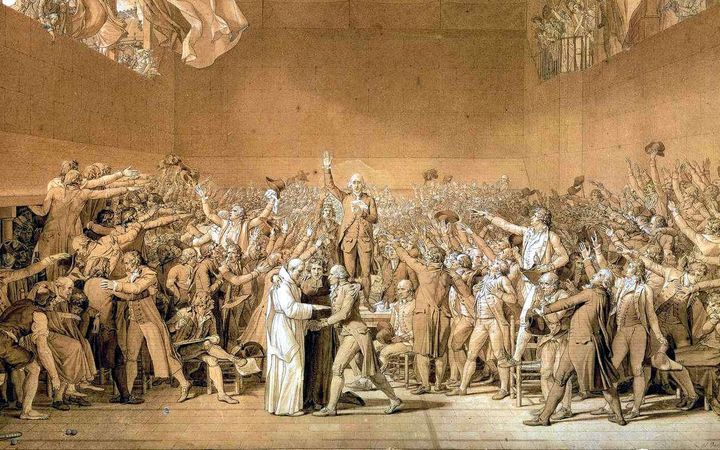 Sketch by Jacques-Louis David of the National Assembly taking the Tennis Court Oath during the French Revolution. Photo: Public Domain

“In order to have a revolution, you need to have some moral idea to drive it,” Professor Keller says.

"That moral idea might be pretend, it might be that what drives the revolution isn’t really liberty or equality or justice or rights, but something else.

"But you do need that kind of moral ideal. So, the thought that somehow there’s some better future, waiting for you, if only you could get this government, or this idea or this ideology, or this class out."

However, Professor Janiewski says there’s always an element of power too.

“Thomas Jefferson, who wrote ‘life, liberty and the pursuit of happiness’ was a slave owner, and was in debt.

"So some of his motivations were probably not about those words, but about personal issues, and the fact that they were unhappy having to defer to a power overseas." 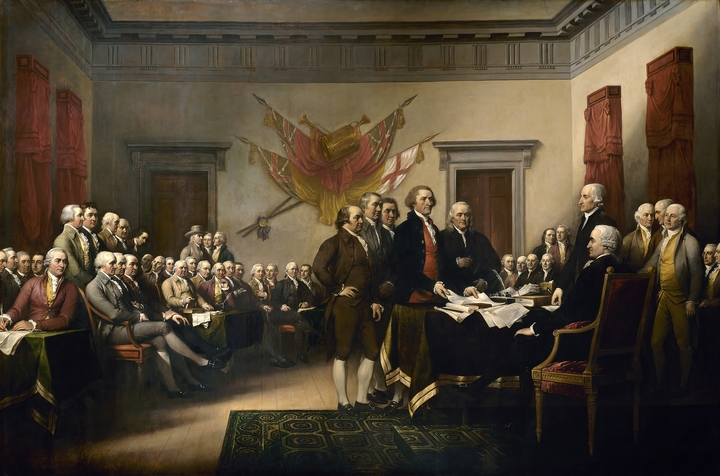 Are we currently in a technological revolution? Maybe in some ways, Dr Xavier Marquez says, but the importance of mass communication can be overstated.

“They spoke of  the Facebook revolution in Egypt or the Twitter revolution in the Arab uprisings, and that’s probably a bit overstated. They did play a role but it wasn’t as direct or as clear as perhaps it was originally thought.”

But overthrowing an established system rarely comes easily, and what comes next is completely unpredictable, Professor Keller says.

“One of the questions that I think you have to ask, when you’re thinking about the morality of beginning or taking part in a revolution, is ‘how sure are you that this revolution is throwing over a seriously unjust or otherwise horrible state.

"Are you sure enough to take the risk that what follows the revolution [isn't] going to be something worse?’”