Britain's health minister is resisting doctors' calls for measures to halt a rising wave of Covid-19 infections, despite warnings that hospitals are on the edge of being overwhelmed. 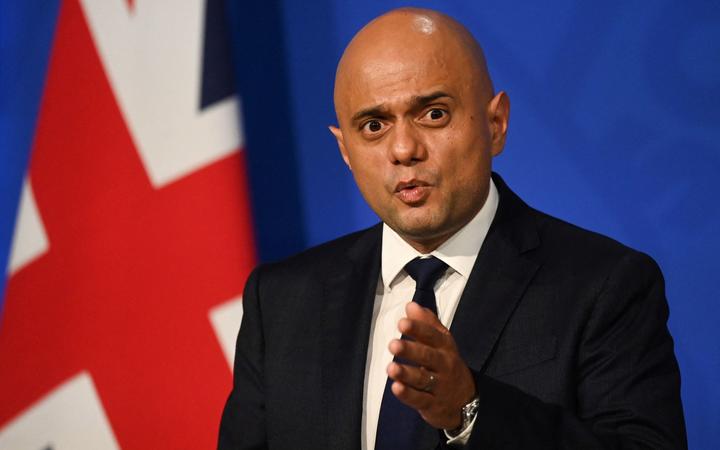 Britain reported 223 new deaths from Covid-19 on Tuesday, the highest daily figure since March, and cases are the highest in Europe, with nearly 50,000 new infections reported on Wednesday.

Health Minister Sajid Javid announced deals for two experimental Covid-19 antivirals, one developed by Merck and Ridgeback Therapeutics and another by Pfizer, doubling down on a strategy of relying on vaccines and drugs to limit the damage this winter, instead of restrictions.

He warned that people should get vaccinated and take up booster shots when offered, or else "Plan B" - involving limited steps such as mask mandates, a work from home order and vaccination passes to get into venues - might be enacted.

"We're looking closely at the data, and we won't be implementing our Plan B of contingency measures at this point," he said, adding that five million people aged over 16 remained unvaccinated and that cases could reach 100,000 a day.

"If we want to secure these freedoms for the long term, then the best thing that we can do is come forward (for a shot), once again, when that moment comes."

Britain has the eighth-biggest death toll globally from Covid-19, with 139,000 fatalities. But it also had a quick start to its vaccine programme and Prime Minister Boris Johnson has lifted almost all restrictions in England, ending social distancing measures and mask mandates.

Johnson's government has said it was relying on vaccinations, including booster shots for the vulnerable, to avoid winter lockdowns, having already shut the economy three times.

But the rollout has stalled, slipping behind several other European countries, while the booster programme is off to a slow start.

"Covid-19 cases are rising and winter is drawing closer. If you have not been vaccinated, now is the time. If you are offered a booster please take up the offer," Chief Medical Officer Chris Whitty said, adding that masks in crowded indoor spaces remained important.

Doctors have expressed concern that an increase in numbers going into hospital, combined with pressures on the National Health Service (NHS) from seasonal viruses, could leave hospitals unable to deal with long waiting lists and function normally.

"This is the middle of October. Things are only going to get worse," Taylor told BBC radio.

"The health service is right at the edge ... if you push much further we will not be able to provide the level of service that people need to have."

Javid said he did not believe the pressure on the NHS had become unsustainable, and added the government would act if that changed.

Andrew Pollard, the head of the Oxford Vaccine Group, said the risk was mainly in the unvaccinated.

He added that a subvariant of Delta that is growing in England was unlikely to change the picture. Javid said there was no reason to believe the subvariant posed a greater threat than Delta.