Olympic kayaker Nathan Baggaley and his younger brother have been jailed for more than 20 years each for trying to smuggle up to $200 million worth of cocaine into Australia. 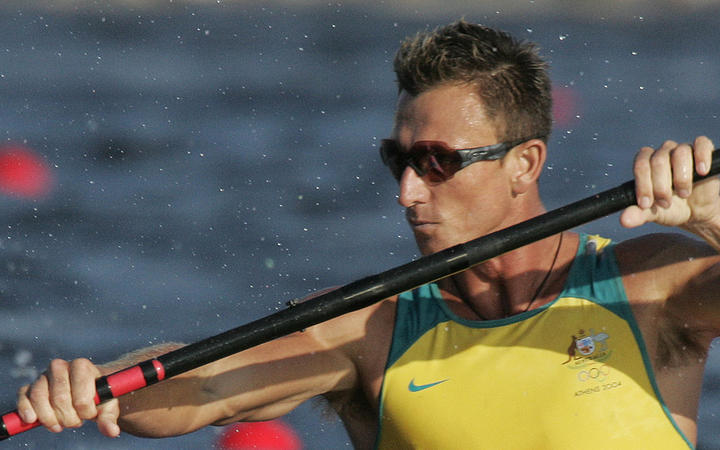 The pair were found guilty by a Supreme Court jury in April of attempting to import a commercial quantity of a border-controlled drug in July 2018.

During their trial in Brisbane, the court heard Dru Baggaley, 39, and another man travelled hundreds of kilometres offshore from northern New South Wales and picked up 650kg of the drug from a foreign ship.

It also heard the men began throwing the haul overboard on their way back to the mainland, when they spotted a Navy patrol boat chasing them.

The two men were arrested by Queensland Water Police shortly after the pursuit.

Nathan Baggaley was charged almost a year later after it was determined he purchased and fitted out the boat used during the failed plot.

Lawyers for the men argued during the trial Dru Baggaley had believed the dozens of packages contained tobacco, while Nathan Baggaley knew nothing about a plan to import any illicit substance.

Supreme Court Justice Ann Lyons rejected the brothers' claims and sentenced them on the basis that Dru Baggaley was a "principal organiser" of the operation and his brother Nathan was "actively involved" on the day the two men went to sea, and was set to be rewarded substantially for his role.

During a sentencing hearing, prosecutor Ben Power told the court the men came from a "stable" background and had been motivated by "greed".

"Both of them had the capability to achieve," he said.

"Both of them had setbacks of various types, but neither of them were in the grips of addiction.

"Ultimately their involvement was to make a very large sum of money."

The court heard both men had previous "extensive" criminal histories in Queensland and NSW, and both had served time in prison over serious drug-related offences.

It also heard Dru Baggaley had spent more than 11 of the past 14 years in jail.

Lawyers for both men told the court they each suffered mental health issues, including a long-term depressive order for Nathan Baggaley.

Dru Baggaley was sentenced to 28 years in jail, with a non-parole period of 16 years, while Nathan Baggaley was handed a 25-year sentence and will be eligible for parole after serving 12 years.

Justice Lyons said it was important their sentence "signals plainly" to people that their offending is serious, and that their punishment acts as a deterrent to others.

Justice Lyons said she accepted neither were at "the apex of drug distribution hierarchy", but that both played an "important role".

"Your motivation was clearly for financial gain," she said.