A surfer has died after a shark attack in northern New South Wales. 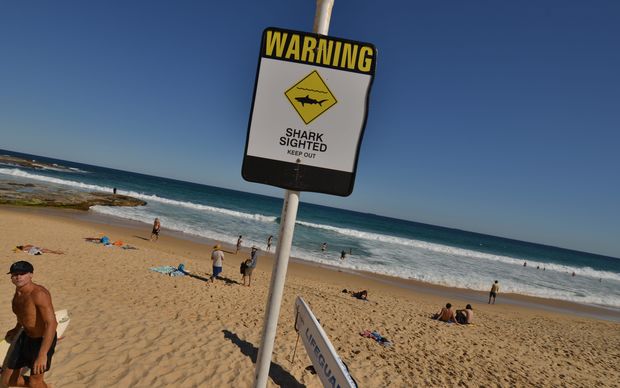 Witnesses told police a 3-metre shark attacked a man shortly after 10.00am, at Salt Beach, just south of Kingscliff.

Several board riders came to his assistance and fought off the shark.

The man was helped to shore and received first aid for serious injuries to his upper left thigh but died at the scene.

The victim was a 60-year-old man from Tugun, Queensland.

The Department of Primary Industries has confirmed the attacker was a white shark.

Beaches between Kingscliff and Cabarita will remain closed for 24 hours.

Terry Savage from NSW Ambulance described the man's injuries as "significant" and said the scene was "very confronting".

"Unfortunately there was nothing else we could do," he said.

Four paramedics responded to the emergency call including two specialising in intensive care.

Savage described the two men who fought off the shark and helped the man to shore as "amazing".

"[It was] nothing short of heroic to get him in to the beach," he said.

Kehoe said the "heroic efforts" of the people who tried to help the man should be recognised.

"We will certainly making recommendations in regards to their brave actions here today," he said.

Kingscliff local Stuart Gonsal had just arrived at the beach ready for a surf, when he found out about the fatal attack.

"We came down and we hadn't got in the water and police were immediately hauling people in," Gonsal said.

"A lot of people were still stuck out the back there.

"Then an ambulance was here and we found out there was a fatal shark attack on the southside of the rock wall.

"We were going to get in, we're not going to now for sure.

Mr Gonsal said there had been a lot of fishing boats out on the water and there was "a fair bit of action out there in terms of fish today".

"It took a while to get all the people out of the water."

Police and the Department of Primary Industry will investigate the incident.